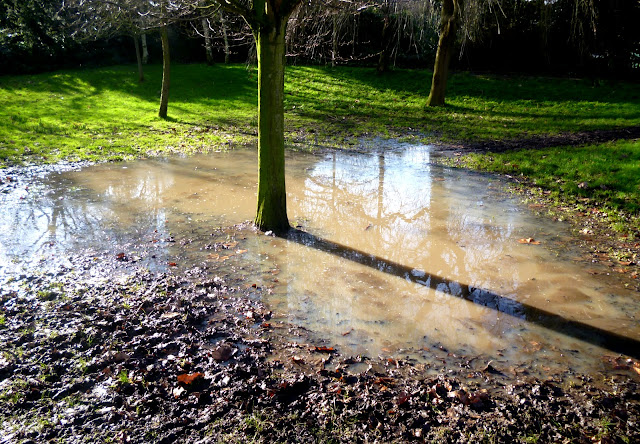 Well, it's been a year. An endless, timeless, time-suspended year out here beyond the life dominated by commuting and the office. It's not been what I thought, but sobering, numbing, sometimes hopeless. I thought there was a person, a life-force, just waiting to be released, and there wasn't. In all those years focused on surviving, on resisting, I had not learned to do anything else. Remove the object of resistance and what remains? not much.
Work is necessary, not only to earn money but to mobilise and structure energy, and at the same time it's the enemy because I sit down before it and re-enter resistance mode. To work and also live is the challenge, and I've only just begun to see that this is the challenge, never mind to meet it.
Not what I expected, then: of course, in some important sense, it's never too late for change; and, of course, how late it is already makes a huge difference to what is possible. Instead of a stepping - however tentatively - forward, this has been a frightening and reluctant plunge into what went wrong long ago. The best I can say is: not given up yet.
The soil is frozen on the surface, they say, and waterlogged beneath; the farmers cannot plant.
Posted by Jean at 09:27
Newer Post Older Post Home