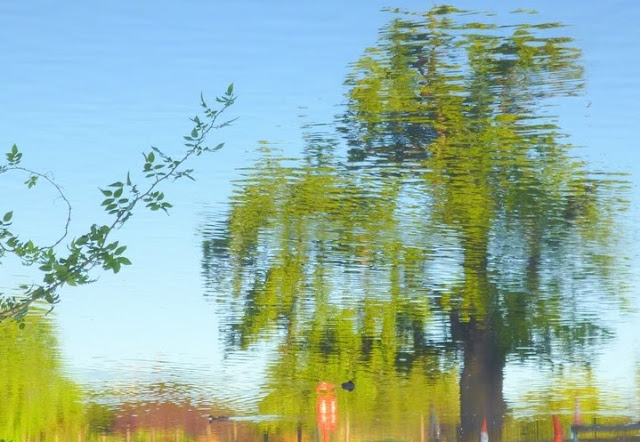 Done much more than I could do. Hurt everywhere and my head's on fire with this damn cold. Breathe hard through the chest and back pain. Open, open to the coming weekend; hope that if the door is open wide enough the dead hand of anti-climax, depression will stay outside waving wildly and not bother to come in.

Today's forecast was for ninety degrees, which never happens here in October. Darkness at 7 pm and still hot means you're not in England, but much further South. I was right then: these past few weeks have been in a strange country.

I know some people don't mind working all the time and would not understand my distress and exhaustion. We all have our own limits and, wherever they lie, to be repeatedly pushed through them is perhaps a good definition of stress.
Posted by Jean at 17:33 7 comments: 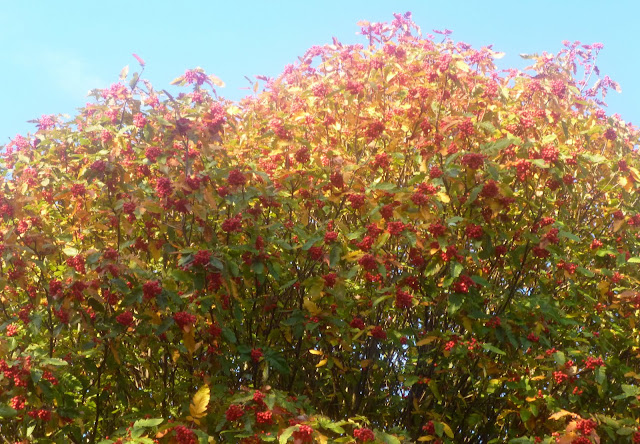 We're having warm, golden Autumn weather, in odd contrast with the fires of mental hell. This is day eleven on the trot (gallop?) of too-long hours before the computer screen and, around the fierce heat of resistance to tedium and exhaustion, the edges are getting very blurred.  I'm a bit scared walking down the street: my grip on reality can waver at the best of times, and right now I don't entirely trust myself to tell a red light from a green.

Look, too much work is not as bad as many things - chronic physical pain, or catastrophic illness, or chemotherapy... of course it's not! But it's not good. You know that feeling that, if someone pokes you, you'll start making strange, uncontrollable noises? So you hold yourself carefully away from everyone, hold yourself very carefully together.
Posted by Jean at 09:25 9 comments:

Not so long ago 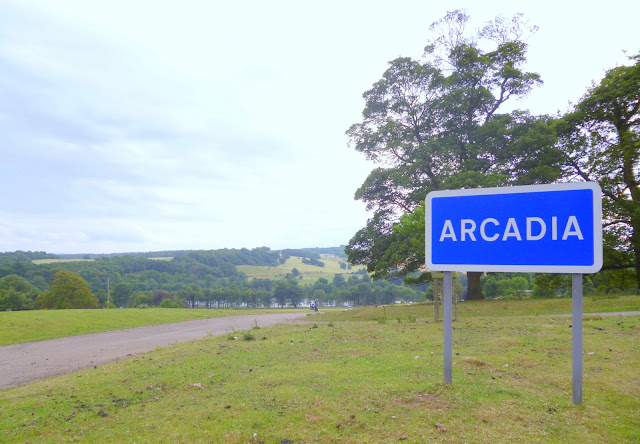 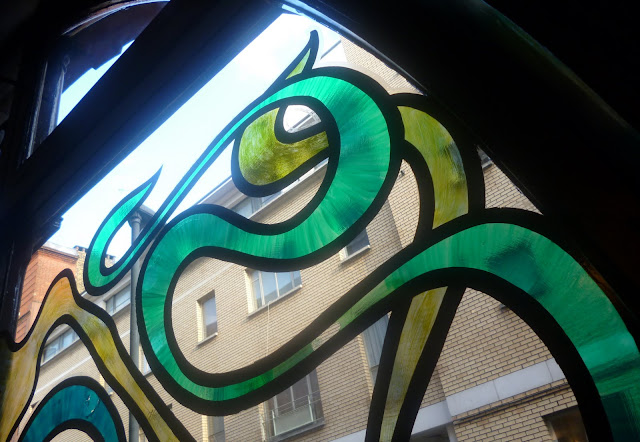 So, size of workload getting very silly.

So I start to wonder: once you've been pushed to your limits and beyond, as I was long ago in that job I eventually left, do you wear it on your face, ensuring that sooner or later it's going to happen again?

So look up, look out once in a while and notice something, at least; keep trying to see something, touch something, however fleetingly.

Just don't let the inner sense of panic be the only thing.
Posted by Jean at 19:52 3 comments: 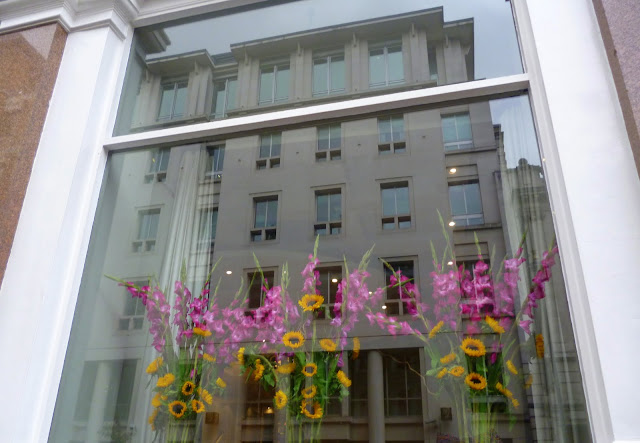 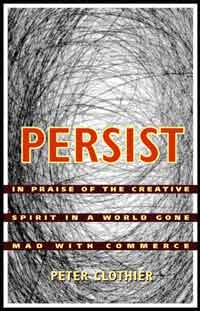 So, very busy, thence mostly absent from here. The Autumn sunshine, between rainstorms, is glorious and I feel shut away from it, imprisoned in my office and in my own damaged and armoured heart. Coming here almost makes this feel worse, as I contemplate the creativity and community glimpsed in recent years, but which continue to be only glimpsed. I often want to run from the painful knowledge of their existence, and yet don't: even a glimpse is a lot, if it's a glimpse of hope, if the beauty and the good people are out there somewhere in a mostly terrifying world, and if the not-quite-dead bits of my heart still yearn for them.
Yesterday I met blogger friend Peter Clothier of The Buddha Diaries (he also blogs for the Huffington Post) and his wife, Ellie Blankfort, on holiday in London: writer and artist, and both of them Buddhist practitioners, from Los Angeles. To have encountered such people on line and now met them in person is such a lovely thing, for which I am amazed and grateful.
I think of Peter's most recent book, a collection of essays on sustaining creativity in our crazy, over-busy times, which is beautifully written, full of hard-won experience and gentle Buddhist wisdom. I think of its title, Persist, and tell myself one more time that I will, that we all must, persist as best and as long as we can with the things that matter to us.
Posted by Jean at 13:43 5 comments: 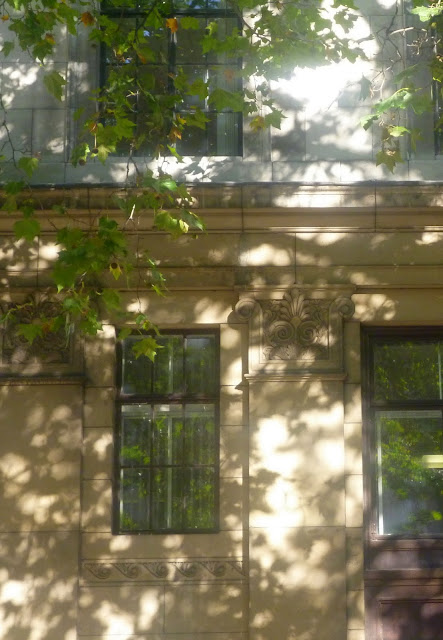 Invisible sconces of sunshine. qv
Posted by Jean at 13:03 7 comments: 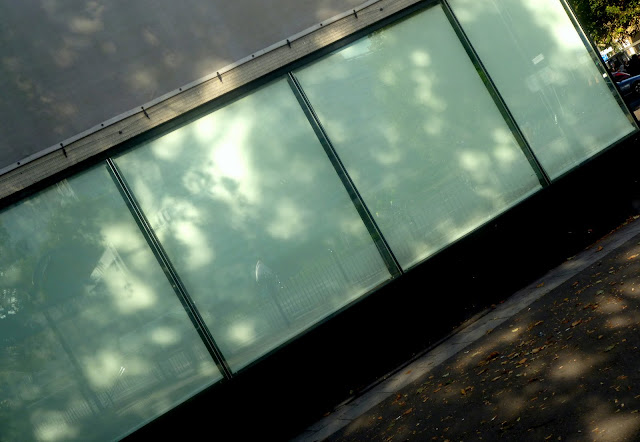 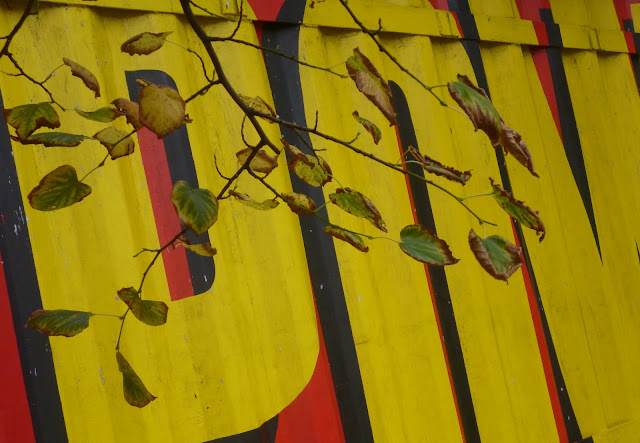 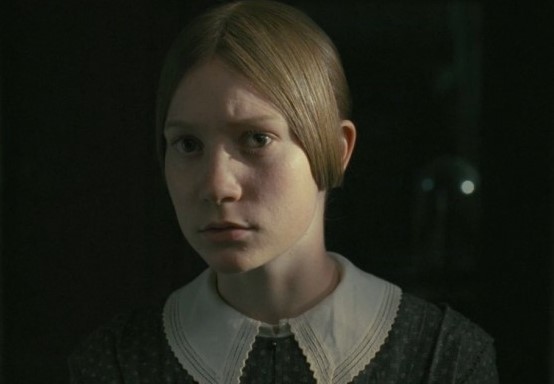 Wasikowska is still only twenty-one. I wonder if she'll have a long career as one of our great actors or take the millions and run, do something else.
Posted by Jean at 19:30 12 comments: 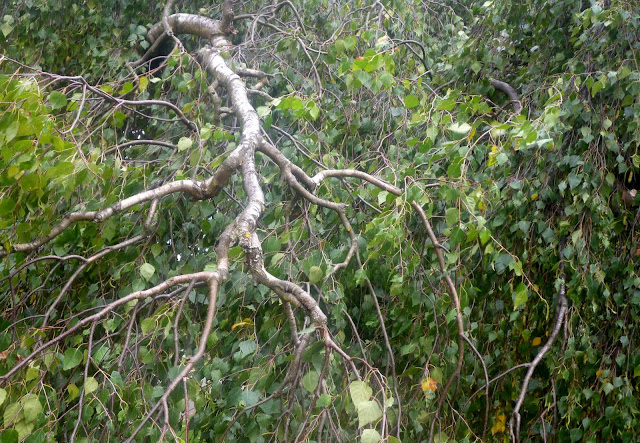 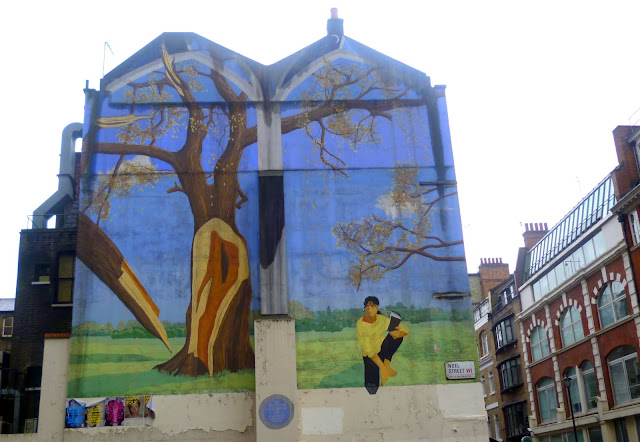 When life is difficult, the moments of spotting and framing a photograph are sometimes the only relief from an almost unbearable frame of mind. I like this one because it's weird and not at all comforting, and yet the mural is so vivid, so unexpected (I didn't know it was there until I saw it, near the spot where I took these, just as it stopped raining) - more alive than the streets around it or the sky above.
Posted by Jean at 15:04 8 comments: 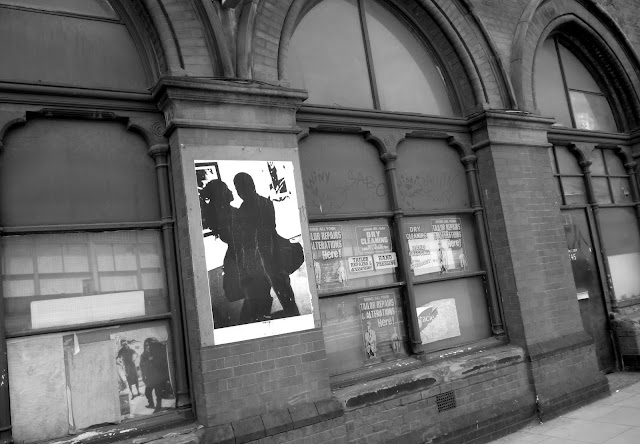 Former railway buildings near the spiffy new/restored St Pancras International Railway Station. Their current and (to me at least) attractive use by a variety of interesting art- and craft-oriented small businesses looks to be short-term. No doubt either demolition or upmarket refurbishment awaits - I don't know which.  This put me in mind of a new book that I'd very much like to read:

Hal Foster in his new book The Art-Architecture Complex turns his attention to how art and architecture have informed each other over the past 50 years. He argues that their fusion has become a defining feature of contemporary culture and provides a scathing critique of the post-industrial cultural economy in which art prompts the transformation of disused warehouses and factories into galleries, and depressed, run-down working-class areas are reborn as stylish art-tourist destinations. 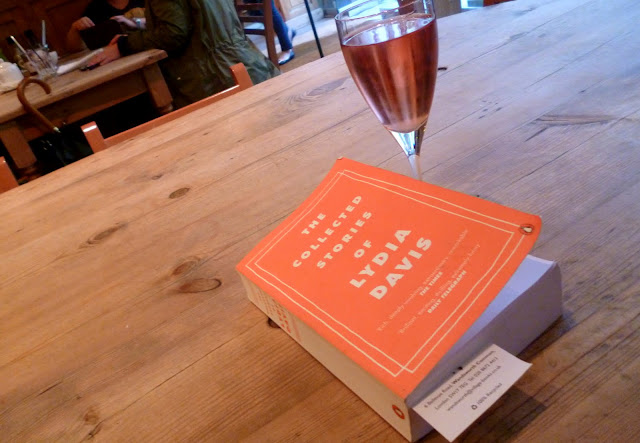 I said, oh, look, look, it's the same colour as my book!, and the waitress looked not at the wine or at the book, but, askance, at me.


---------------------
And speaking of matching, or not matching, these photos became a contribution to the latest >Language >Place blog carnival ﻿on the theme of Individuation / Assimilation - another issue full of synchronicity and allusion, recognition and surprise. I do love this project! Submissions are open for the next edition until 20 September.
Posted by Jean at 17:44 8 comments: 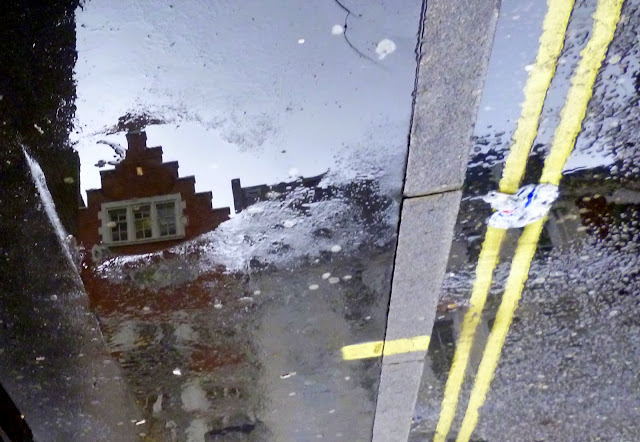 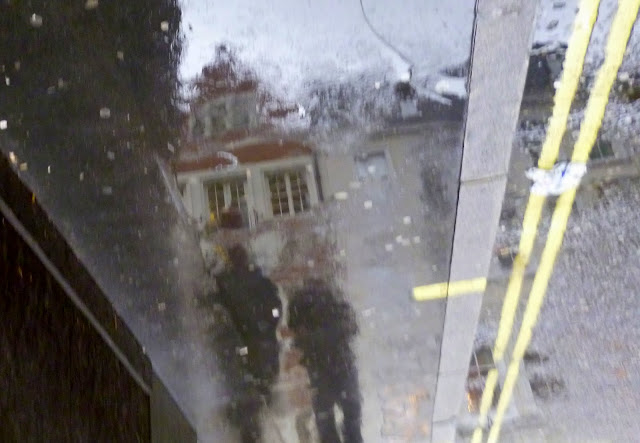