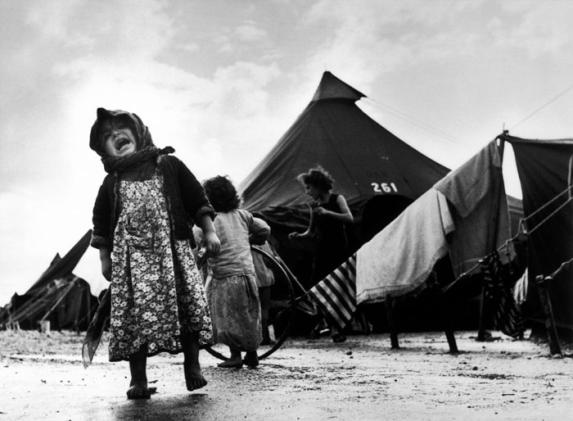 The Royal Academy's exhibition of black and white works by Hungarian photographers is simply overwhelming. It includes so many of the great, great photographs: the ones I've seen and loved for so long and internalised and half forgotten, the ones that influence every aesthetic judgement I've ever made about a photograph, every sensual-emotional response. All day would be insufficient to take in one room, but the time I could spend in all seven rooms was limited - how long can you gorge on chocolates from a giant box? So I tried to cruise and lick one here and there and savour and retain the after-taste. 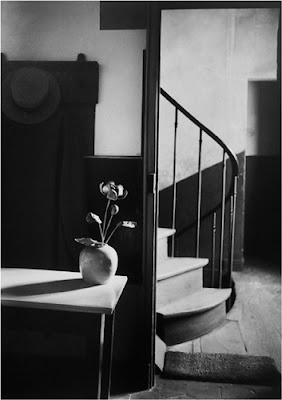 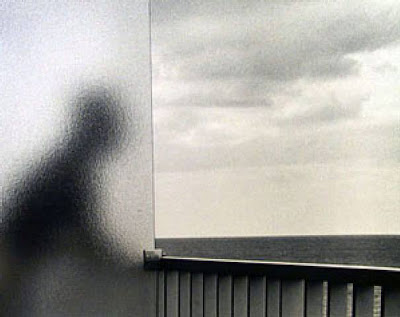 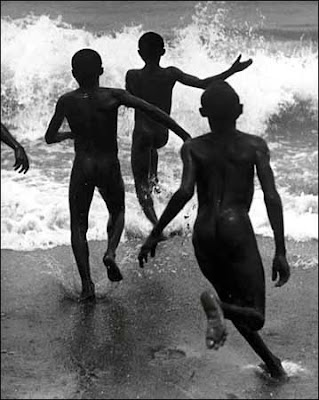 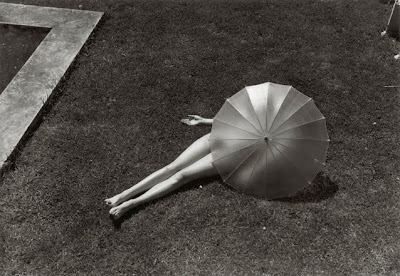 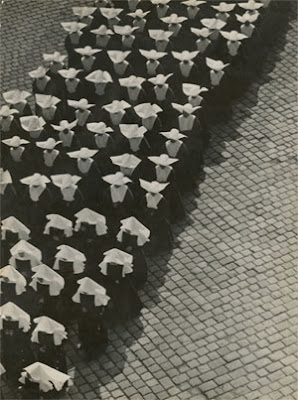 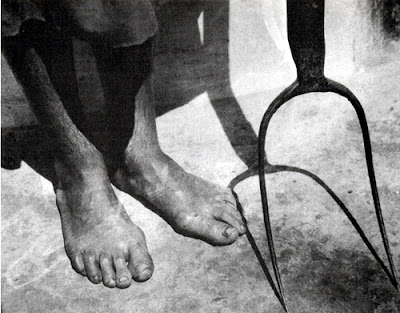 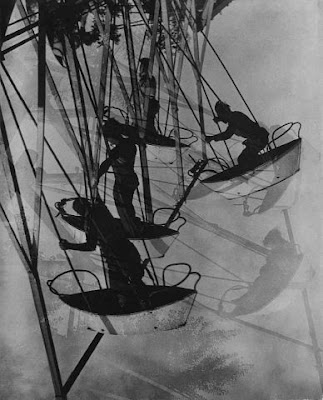 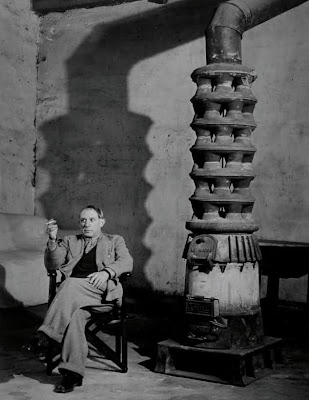 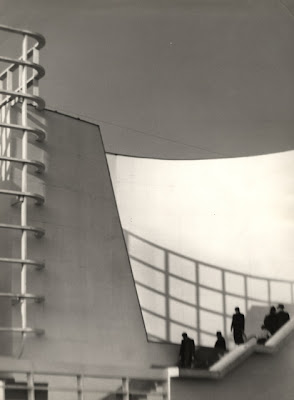 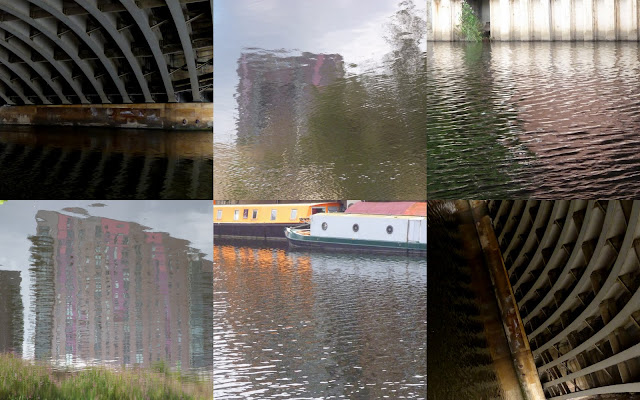 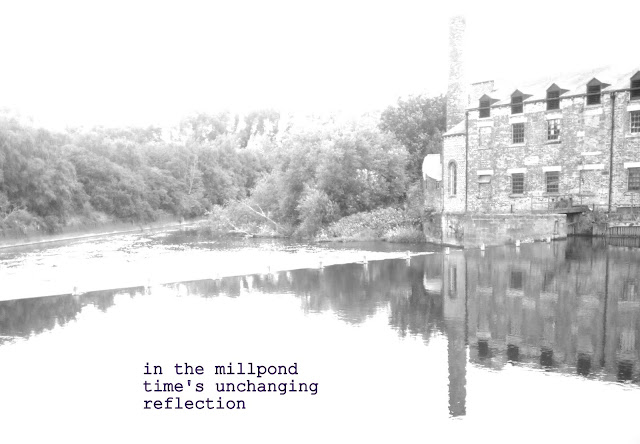 A few more photos of Thwaite Mill are here. (It was closed, which meant I had the view to myself,  but also only one view - from outside the gate).
Posted by Jean at 22:44 1 comment: 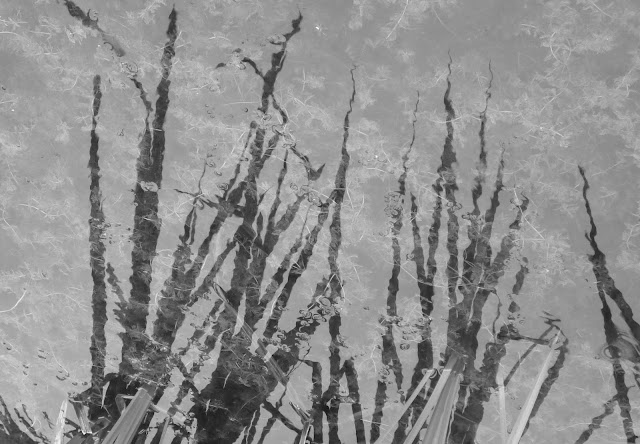 So I went away for a week. But not away from myself, so it wasn't really that much of a break. And it rained a lot. And I wanted to write, but found no words - they were part of what I needed a break from, probably. But there were photos to be taken, and I'm endlessly thankful for the different mode of mind and perception this gives entrance to, the absorbing oddness and beauty. The pond was near to where I stayed. It was a rather new pond, beside a rather new apartment complex, but already a rich, established little world of flora, fauna, shapes and shadows and reflections. More pond photos here.
Posted by Jean at 12:57 5 comments:

In Leeds, it rained 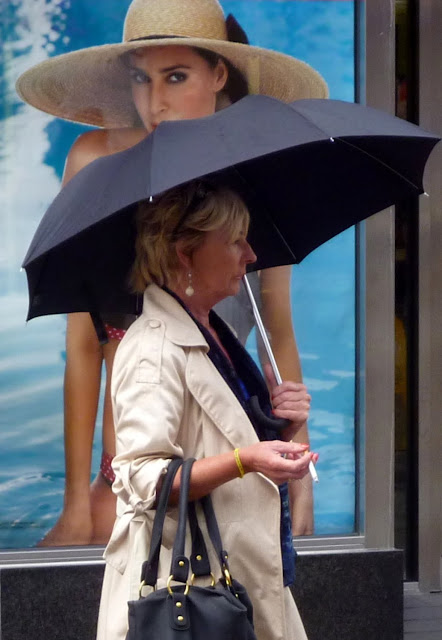 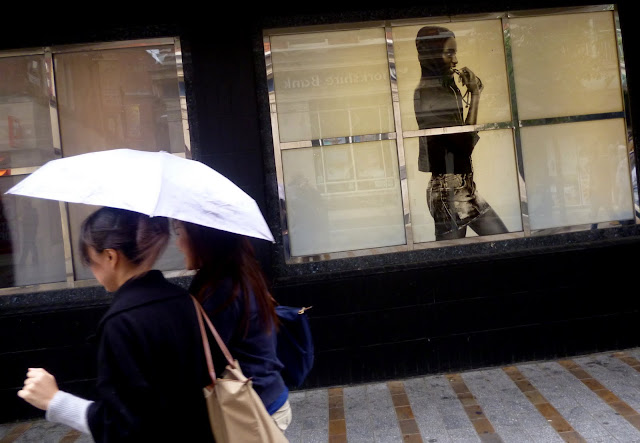 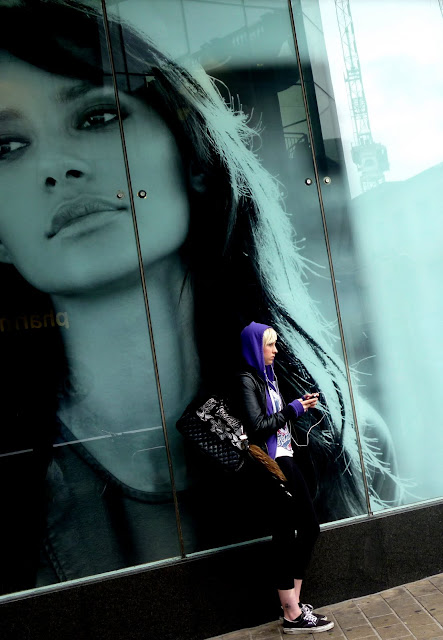 Oh well. Rain, of course,
is more photogenic
than sunshine.
Posted by Jean at 12:29 9 comments:


Still vibrant in their urban confinement.
Posted by Jean at 13:58 5 comments:

Down there, slightly blue 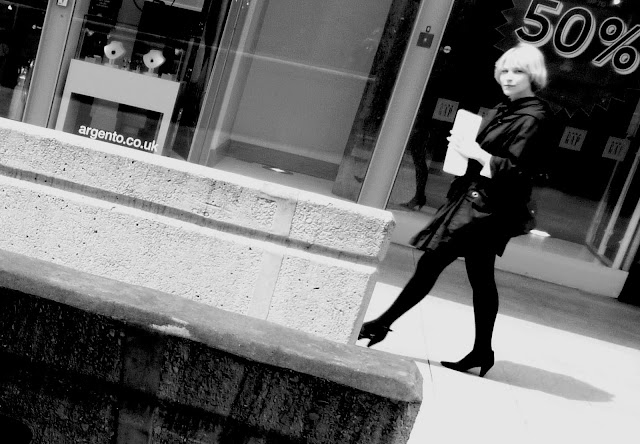 Walking through the photo I was trying to take of something else.
Staring at me from another time.
Posted by Jean at 13:22 3 comments:

The Tree of Life

Today I saw The Tree of Life, and came out with an incipient migraine which felt like the result of overwhelming emotions, but was probably the result of weird lighting effects. Apart from that, I liked it a lot, was absorbed and transported and moved. Well, it's rare that I don't like something widely labelled slow and self-indulgent.

Brad Pitt gives a haunting, nuanced performance and Sean Penn is beautiful to look at - one rather expects the other way around, I suppose. Jessica Chastain is beautiful to look at also, but she's really a part of the scenery. This is all about boys and men. The young boys are memorable - fine actors wonderfully directed both in their individual roles and as a group.

I've never seen more stunning filming of nature or of big-city architecture, could have sat for hours and watched just that. So involving and emotive was it that I had no problem then accepting the arrival of rather anthropomorphised dinosaurs.

The evocation of the 1950s, cars and clothes and, oh, the hats (I remembered all those old photos of my father wearing a hat) was powerful for me, though the  resonances of Texas in those days and of young men dying in the Korean (?) war must be more powerful for a US audience.

I loved this depth and intensity and prolongation of feeling and, perhaps most of all, the extreme vision of skyscraper cities as a frightening nightmare we've made real. To see the horror I have felt so well portrayed was paradoxically consoling.

So, yes, I loved it. Bring it on. This is what today's technology and the film industry's millions are for. But I came out with the headache and later an emotional hangover. As if I'd drunk rather a lot of a fabulous wine. Then I felt a little more sympathetic to the nervous giggles that had accompanied the closing credits - only a little.
Posted by Jean at 21:34 2 comments:

Reflection in a summer puddle

Still here. Trying to write something and not managing to finish it.
Posted by Jean at 17:59 4 comments:

I knew I would go back to St George's Bloomsbury and Sunday, when I got up too late to do much else with the day, was a good opportunity, as they have a weekly chamber music concert in the church on Sunday afternoons. The exquisite restored interior, soaring but not overpowering, is a wonderful performance space and worked astonishingly well for this week's concert of new music by Simone Spagnolo.
New music is as likely to bore as to enchant an open-minded ignoramus like me. In this case, it was enchantment, from the moment the composer introduced the musicians with unpretentious flair and then sat down to turn the pages for the pianist. This was lush and flowing music, with edges both of wildness and of formalism. The cool, but containing acoustic seemed perfect for it. The shadows of the string players danced softly on the pale floor. To hear and see this small and personal performance in such a lovely space was a gift and I'll be looking out for more chances to hear Spagnolo's work. Listen on his website and MySpace page.
Outside afterwards, I took photos of the church's smooth, grand pillars and lovely symmetries, my heart caught by the place.
Posted by Jean at 13:41 3 comments:

Festival of the Trees

Edition 61 of the Festival of the Trees is online at Dave Bonta's Via Negativa, where the very first edition was published in July 2006. Long may it continue! Bloggers all over the world, in countryside and cities, giving scientific, political, creative and imaginative attention to trees - what could be better or more needed?

Browse earlier festivals and submit for next time here.  Edition 60, curated by artist Brenda Clews was an unusual and lovely one.
Posted by Jean at 10:25 1 comment: 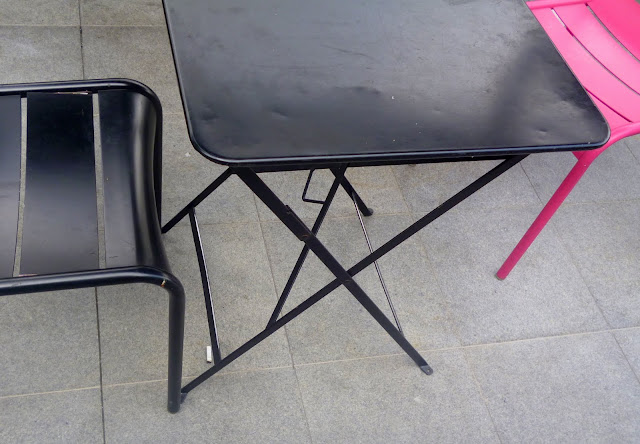 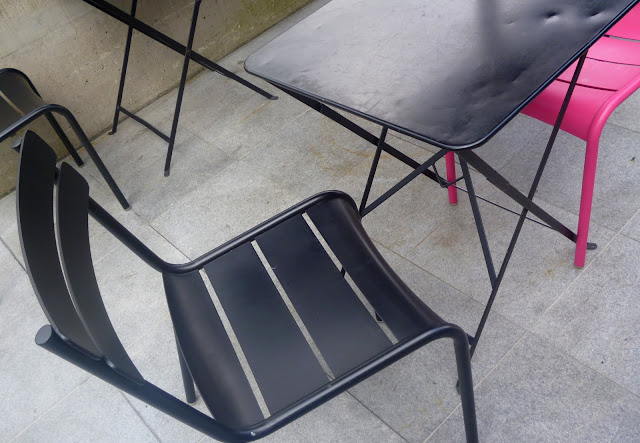 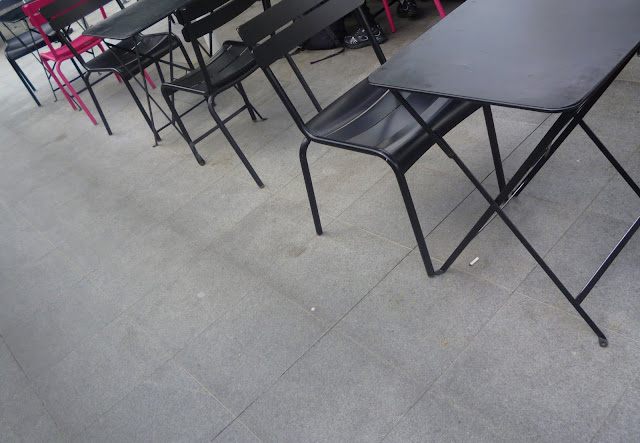 It's actually a gorgeous day today, sunny and not too hot. I just like the photo.
Posted by Jean at 12:24 2 comments:

The River of Stones in July 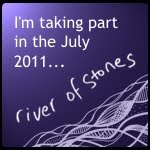 July sees a new month-long challenge to write a daily 'small stone'. I'm so very glad I took up the January challenge and amazed to be still doing it.  For such a small thing, it's been astonishingly fruitful, both as a practice of presence and observation and as a way to hone my writing (though the latter was not the intention; the intention is much more to get beyond the ego-involvement implied in that, and paradoxically...). I hope even more people will give it a go this time.