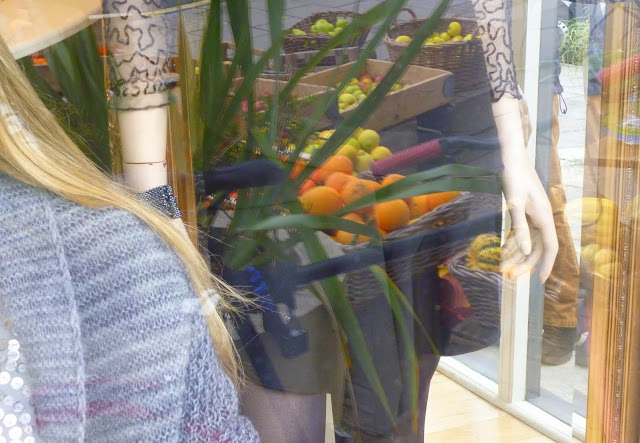 The joy of sidelong glances, weird and unexpected apparitions, things we never even thought of looking for: for this I wish, for all of us in 2012.
Posted by Jean at 12:44 17 comments:

Turning to the light 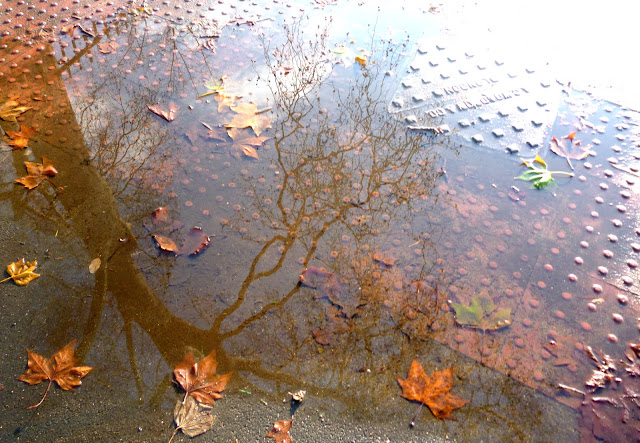 I woke with a start yesterday morning at 5.30 - the winter solstice. Lie quietly as it passes, breathe, feel something pooling in my belly. How I need and long for the coming spring, for any symbol of renewal I can draw to myself. Remind myself I need do nothing, that the light, just like the dark, comes by itself. 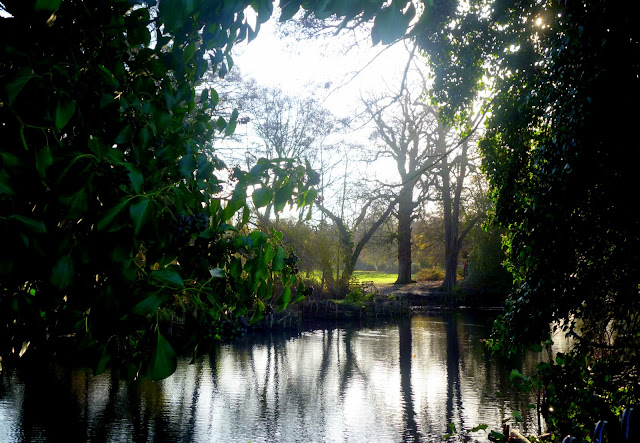 The day before, the shortest day, I was with a friend who just this week has completed a big work/life project, in the face of chronic illness, years of repeated discouragement. She never gave up, kept faith through it all with her own talents. I'm so happy for her and inspired by her. 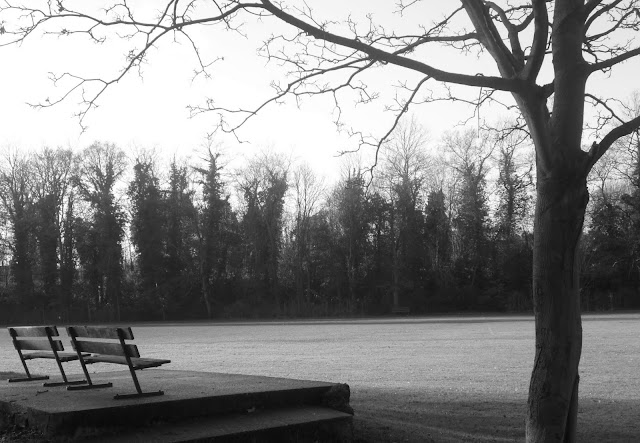 Having flunked out of getting up to see the sunrise yesterday, I thought: noon, then; go to an open space. We have a lot of those in Dulwich, but Belair Park is where I often take strong emotions for a walk. It's a small park around an old house, never crowded as the other parks and even the woods become on holidays and weekends. It has quiet paths, trees and water and views, and on this day long shadows in the pale, brief sunlight. I perch on one of the seats facing the football field, feel the cool, steady rays on my closed eyelids, turn my face up to the light. 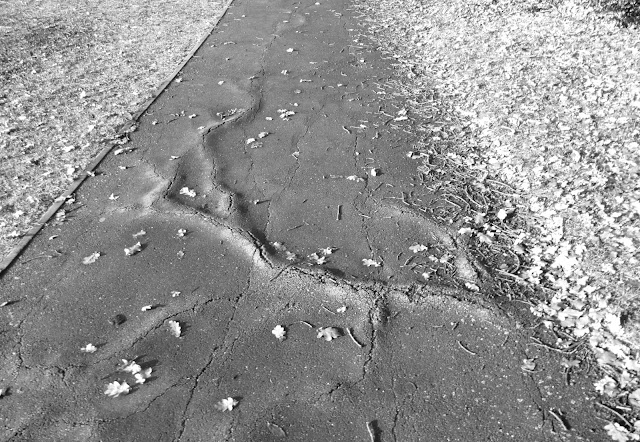 The office is closed and the laptop is very unhappy so I may be off line until January. 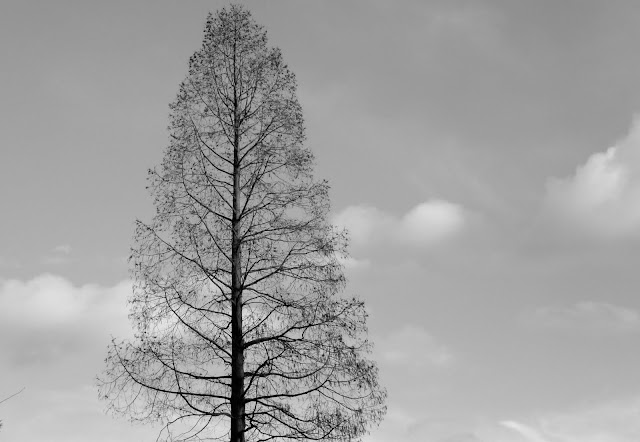 After the icy rain, tremulous sunshine. A long bare branch trails across the pale sky, sways slowly in the breeze. Motion sickness. Not really surfacing this morning, just peering at the world around the edge of the ungraspable. The laptop needs a new battery, and that's what I need too - scoop out the hardened sludge and slot in a new energy source. If only. We treat ourselves and each other as if we were machines, but renewal is more complicated and uncertain.
Posted by Jean at 12:00 8 comments: 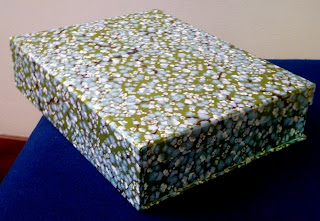 This box file covered in exquisite Japanese paper from Shepherds was a treat to myself, a small investment in the future. It's for collecting and storing information and resources that may be of use after leaving the job in March.

There’s been so little mental or emotional space for hopes and dreams since making this momentous decision. My subconscious mind has ‘got’ it, clearly, for I wake in the middle of every night gripped by terror and unable to get back to sleep. But not my conscious mind, which remains too damned tired and full of the concerns of making it through each busy day. Slowly I’m trying to open a small bit of attention, to at least notice, grab and keep things that might be useful. It’s strange to be in a situation where everything will soon change, but nothing has yet changed at all.
Posted by Jean at 17:35 4 comments: 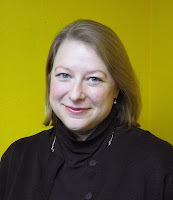 Other aspects of the book I enjoyed were the evocation of Oxford's ancient buildings and misty winter riverside, the founding of a preposterous quest in a detailed knowledge of the history of science, and the loving descriptions of wine and herbs, yoga and meditation as doorways into magic - yes, they are for me too! Not to mention, finally, an ancient castle in the Auvergne, whose vampire owners have lived there for hundreds of years and speak Medieval Occitan. Readers whose tastes don't run in such directions may snort derisively at how much I loved all this, but oh I did! I can't wait for Book Two of the trilogy, wherein Diana and Matthew flee 21st century dangers by 'timewalking' to Elizabethan London, where the author can play with the stuff of her non-fiction book, The Jewel House: Elizabethan London and the Scientific Revolution.
Posted by Jean at 18:05 8 comments:

I'm delighted to be part of Edition 12 of the >Language >Place blog carnival, on the topic of food and hosted by Linda Hofke of Lindguistics, who beautifully presents this edition as a long, mouth-watering menu - click through and taste every dish in full!  See here for Edition 13 call, with a deadline of 8 January for submissions.

Also in January, a new River of Stones will gush forth and flow: a year since the first River and I never thought I'd still be at it, with only small pauses - almost three hundred stones and a new blog. This small daily practice has been life-changing. I look forward to stepping into the river again in the new year. It's eminently do-able, however busy you are, and the rewards are enormous. A fine and inspiring discourse on the subject is here - I agree with all of it and can't recommend this highly enough!
Posted by Jean at 18:09 No comments: 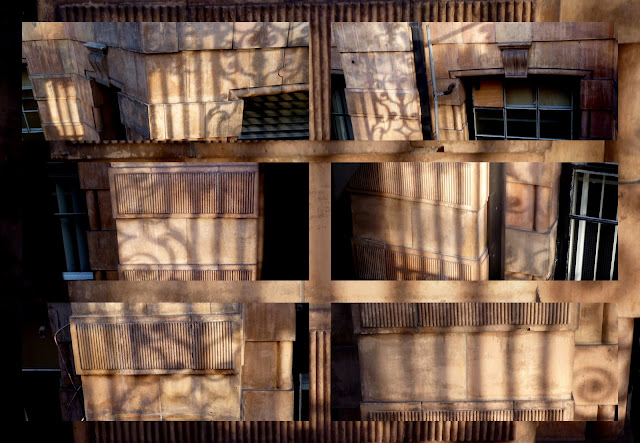 Shadows on the Hotel Russell.
Posted by Jean at 17:45 7 comments:

Mountains of the mind 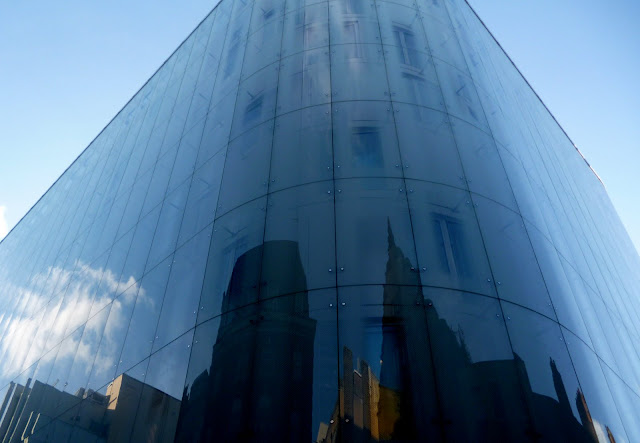 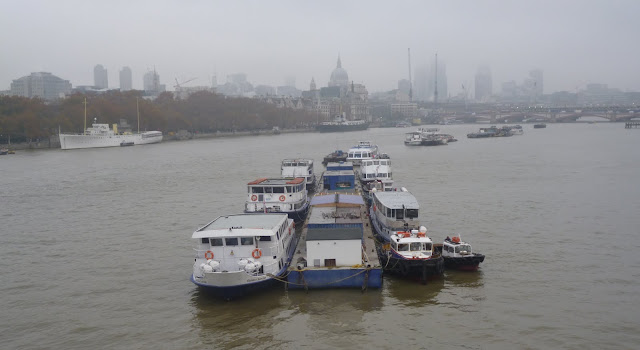 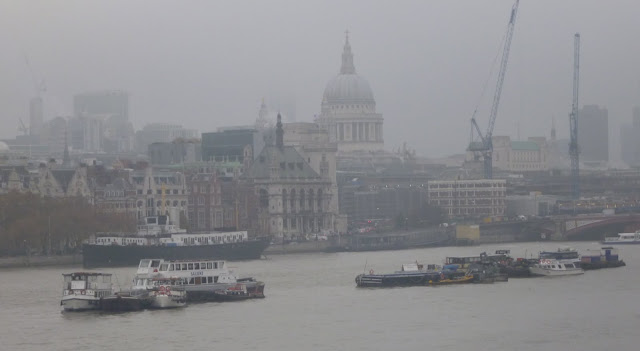 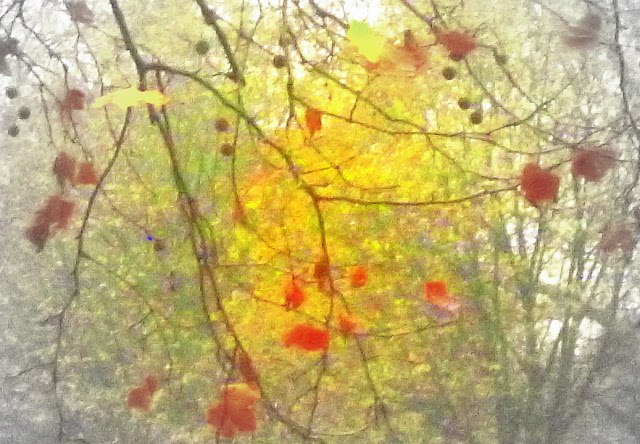 Dogs and children
trample the decaying gold,
turning it to mud.
Posted by Jean at 21:55 4 comments: 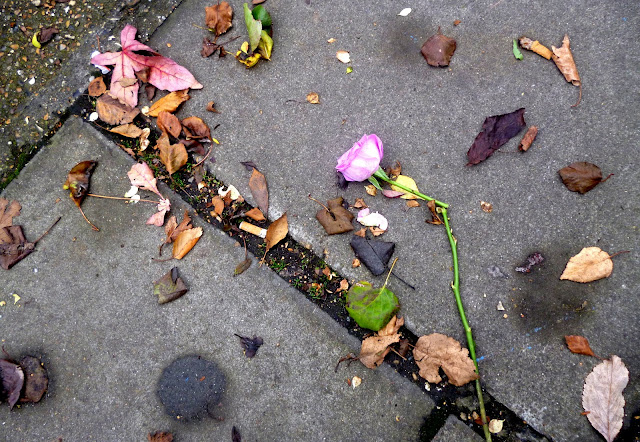