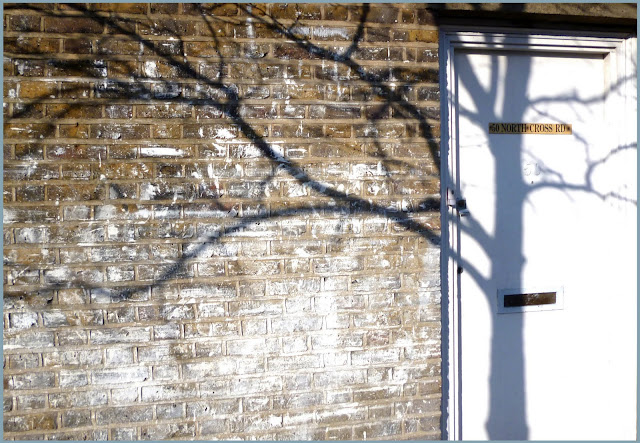 I go out for a walk to try and touch reality, and often it works. The greatest gift of working at home, perhaps, has been the new freedom to do this at will.  Even if going out means briefly leaving urgent work, then working harder, working later to get it all done, it usually feels like the right decision. Touching reality matters if you live in your head a lot.
Around now, though, the paradigm falters. It's such a visually strange and disorienting time of year, this cusp of winter and spring. Going out for a walk still pushes upwards on the feet and teases the inside of the nostrils, but, even in this mildest of suburban places, a lot of what you see is rather odd.
It's the season of shadows, of flattened tree-prints stamped across the roads and footpaths, lawns and walls and doors. Shockingly, the shadows have greater definitation than anything else. 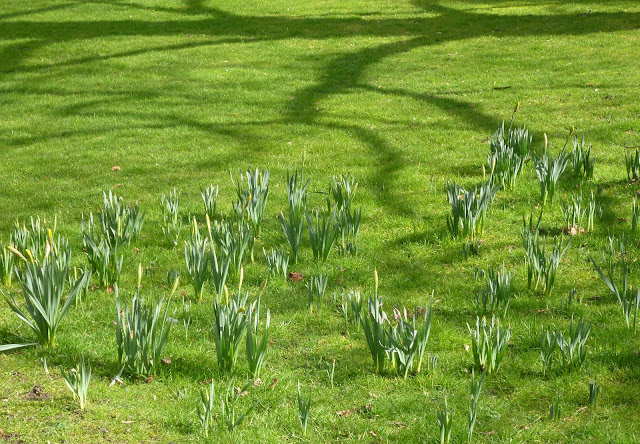 There are random daubs of intense colour - green, yellow.

But mostly there's an awful lot of drained and wavering grey - a  bleakness beginning to blur into something finer and softer.

An eccentric picture, shifting and patchy. 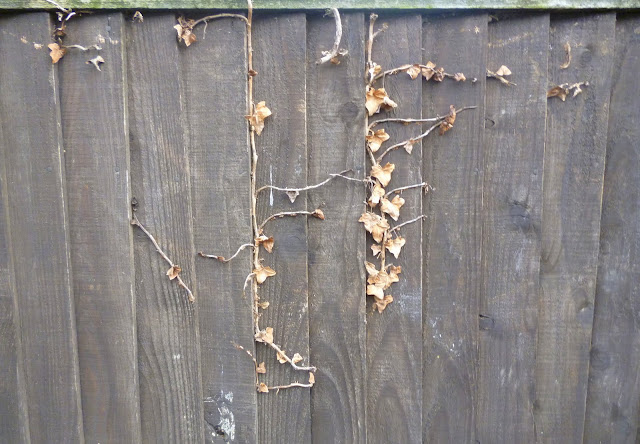 These touched me, chimed with me today - especially the blueness of the shadow in the top photo. Thank you.

Fascinating shadows, appearing like ghosts. I love the top photo.

I love the oddness of it because it makes great pictures in your hands.

I am drawn to the top photo too! Another Jean.