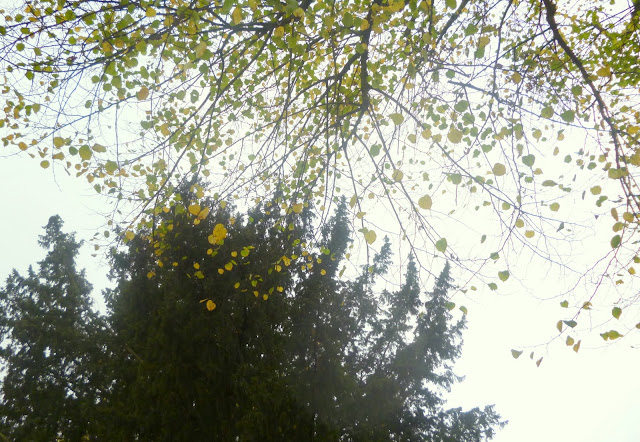 the haiku is where they overlap?

As well as trying to post here every day in November, on TRAIL MIX I'm trying to write daily 'small stones' this month in the form of something approaching haiku (photo above illustrates today's). I've been reading about what distinguishes haiku from other micro-poems or, at worst, ditties: simplicity, present tense, a break, a shock, an existential element...  What I've mostly learned from reading other writers is that clearly this must be learned through practice.

So I'm hoping that with practice I'll get somewhere near enough to the feel of it by the last weekend of the month, when I've signed up for a zen meditation and haiku writing retreat with a much loved and admired teacher of both. It's a challenge to give my best efforts and attention to this while knowing that feelings of competitiveness and wanting to impress can only be deservedly counterproductive. And while knowing that, fraught and frightened in the wake of recent decisions, I've rarely been less mentally equiped... for anything at all, really... Of course, that can be the best of starting points, as easily as it can be the worst, depending on how willing you are to really be in this raw place.

Anyway, writing a daily haiku is good because it must be fetched from a part of my mind that is not full of self-obsession and fear.
Posted by Jean at 18:56

oh good luck with that - and good courage!

Good luck, Jean. Sounds like a very good habit. I'm absolutely sure you're right about learning through practice.