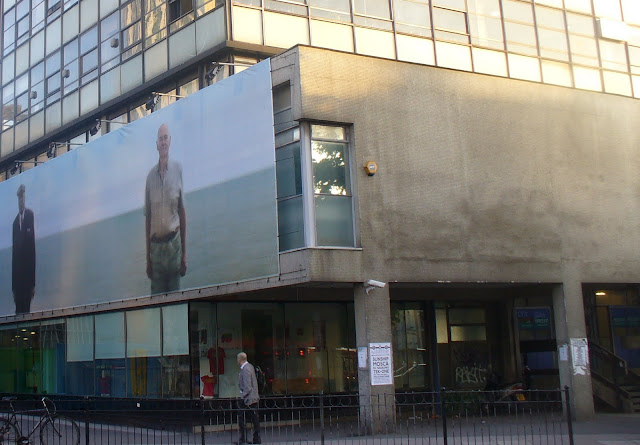 It's the worst place in London. Well, what do I know? I haven't seen everywhere in London, but the Elephant and Castle junction, where I often change buses, is down there with the worst: post-World-War-Two urban planning disaster at its most soullessly, dauntingly, hideously disastrous. Hordes of the more or less dispossessed queue for buses on both sides of a multi-lane race-track, hard up against the tawdry stalls and kiosks and the blocks of greasy, grey concrete.  The occasional posting of artworks on the slab walls of the adjoining London College of Communication is therefore more than welcome. They've done this a few times, but nothing strong enough to stand too well against the poweful, bleak blankness of the place. So last week's appearance of some massive photographic prints that work amazingly well in this scattered space of dead, polluted air and poor sight-lines was a wonderful surprise. 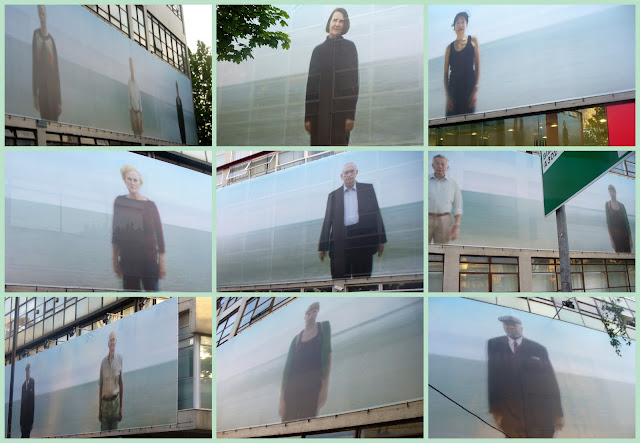 click on all pictures to enlarge
Static, full-frontal figures set against a background of calm sea, they are pale and ill-defined, yet immensely commanding. Persistent burrowing on the Web eventually yielded the information that these are the work of James Russell Cant, a 2009 MA graduate of LCC who is already gaining deserved artistic and commercial success. (This show deserves better publicity, surely? I hope word of mouth, word of blog perhaps, will grow). 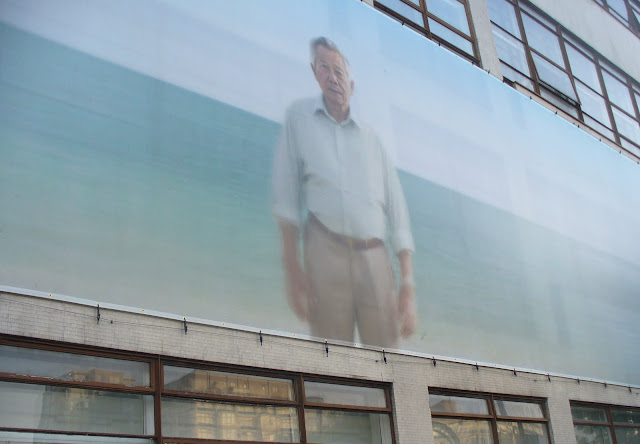 Hard to tell at first, in these massively blown-up versions, if it's single photographic prints or photo-montages we're looking at. His website (see Projects: Divided to the Ocean - grrr, no separate link) tells me it's the latter:


" Using the sea and the tide as metaphors, this project considers the time, place and self as well as a potential for melancholy in the process of migration. These portraits of individuals who have migrated to England are composites, palimpsests of 24 images over a period of time punctuated by high water. The subsequent backgrounds are the seascapes of the waters they crossed on their arrival. Ebbing and flowing, they both connect and divide the subjects from their land of origin. "

Palimpsests. Hmm. Does this veer towards the pretentious, trying to make something complicated from something simple? The longer I look, the more I am moved and impressed, and the more I think not. The superimposition of multiple images has an extraordinary effect. It really does commensurately magnify the impact. The figures are quietly imposing and resonant, appearing to exist through time, through space, manifesting exactly what they represent. Moreover, these depictions of immigrants to London could not be exhibited in a more appropriate place, since the decaying high-rise public housing around Elephant provides cheap homes for many a new immigrant. The diffuse outlines of the figures chime with the grey diffuseness of the buildings, roadway, atmosphere. Their quiet, immovable contours stand in silent persistence alongside the dumb concrete boxes. Unlike their surroundings, though, they have soul and stories. 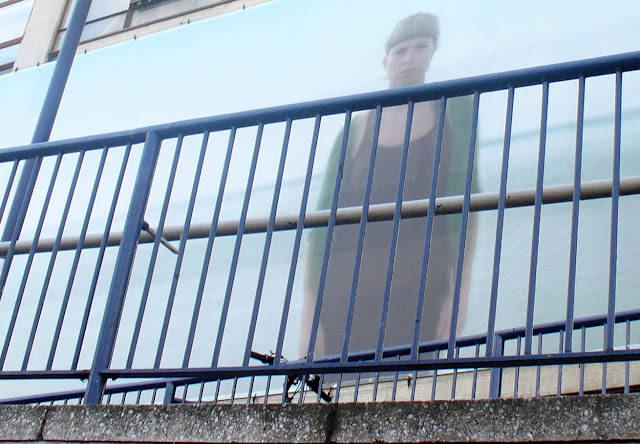 Meanwhile, much smaller prints of the series feature in an exhibition of recent graduates' work at the Photographers' Gallery. At the weekend I went to see them there and experienced the same powerful impact - images that compelled across the room. These snapshots can report, but not convey, how the pictures take one's breath away. Go to the photographer's website for a better look at individual images, and for details of each subject, but for the greatest effect you need to see them in situ at Elephant. 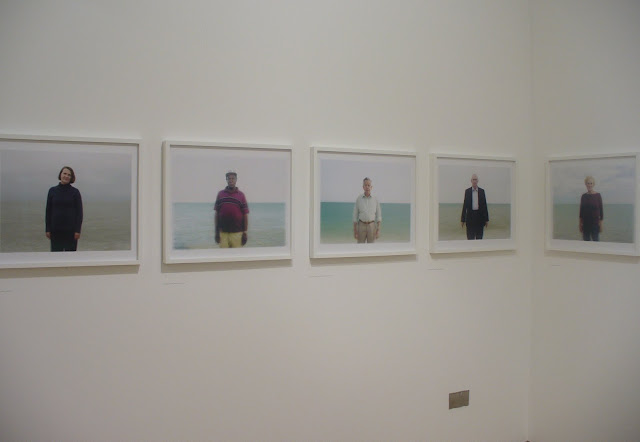 It does indeed look very impressive. How sad that it is poorly publicised. I remember the bleakness of th E & C, like a kind of waiting room for hell, almost, a non-place, it always seemed to me, contrasting with its colourful name.

'Palimpsest' did seem for a time a rather over-used word, though it is an attractive one, both in the way it looks and its meaning.

What a wonderful concept - the imprinting upon so desolate and dehumanised a spot of huge, still, motionless human figures. Palimpsest indeed.

Jean, you've perfectly described a soul-destroying part of London. I used to go there regularly when I took an (excellent) course at the London College of printing and just to step out of the E & C tube station was to be punched in the head by the shocking ugliness and anti-humanity of it, an example of everything that's bad about modern urban planning - planning?? Anyway, bravo to whoever thought of putting those marvellous giant photos up there, like a silent protest. I hope they stay there.

I have to agree with Dick, a wonderful concept - and incidentally, a wonderful post. I aught at The Elephant an d Castle for a while many moon sago. It seems to have changed a lot - but probably not much.

The exhibition is obvioulsy part of the London College of Communication's end of academic year shows and celebrations and will thus be temporary - I don't know how temporary. As I mentioned, this is not the first time they have exhibited huge banner prints on the same walls. I recall one set of huge monochrome close-up photos of mouths and hands entwined in kisses. I liked that, but really, although the vast, windowless concrete slab walls facing a pavement with bus-stops and many passers by might seem an excellent site for visual art, it takes exceptionally powerful work to make much impact in this vortex of hideously negative energy.