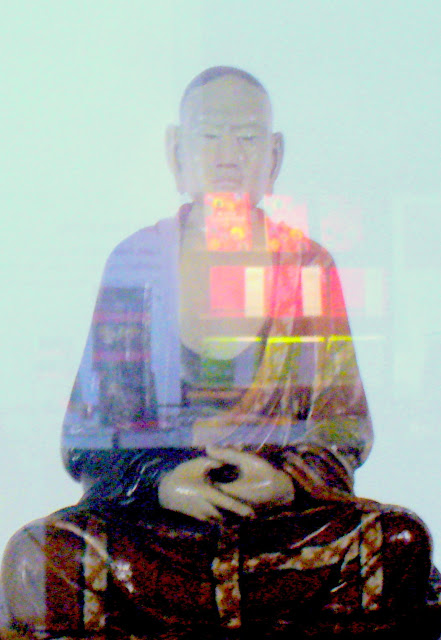 A couple of hours ago I arrived home from a week on retreat. Well, something of me is back home and something is perhaps still refilling, re-emptying, re-forming. This was different, perhaps, from any of the retreats I have sat before, mostly at Gaia House. And perhaps I would do better to resist the temptation to define it verbally.  Words can only react, play on the edges. But return to the world of words I must. If only, most pressingly, because I must spend tomorrow and Sunday on a translation I was earlier disorganised and tired enought to leave until now. This is an attempt, then, to help the transition.

I appreciate and admire both Martine and Stephen Batchelor a great deal. They are probably the best teachers there are for me right now. I'd like and I hope to spend more time with them in the  months and years to come.  The Korean Zen retreat which they have offered every, or close to every, year since they left the monastery in Korea some 25 years ago, as a tribute to their teachers and a sharing of their practice there, is for me the best form and structure of meditation retreat that I've ever experienced, the best balance of gentle holding and real challenge, the most conducive it has ever been for me to 'do it'. It's much modified, of course, for us lay westerners:  more like 9 than the 16 or 18 hours of daily practice in Korean monasteries. But it is challenging enough to give the unaccustomed but committed a taste, a real experience, of the focused and contained alternation of 30 minutes sitting, 15 minutes walking round the meditation hall, of keeping silence, of not reading or writing or doing anything much for a week but the practice - eating, sleeping, an hour's work a day...  quite intense.
So, as close as it gets to the perfect form and structure for me. But also, a couple of years having passed since I last sat an organised group retreat of more than a single day, as chaotic and difficult and tumultuous as I have ever known it. The familiar unwillingness and distraction many times multiplied. Tough. Tougher still was the great change encountered in the texture and tone of my own mind, in what had come, after a decade or so, to be a familiar inner/outer/present place that I went to on retreat. And now it is somewhere different, harsher, which is sobering and a little frightening.
For all the predominant experience was distracted and sometimes upsetting, though, just doing it, 'just sitting', was more powerful than that. Just being there and being a lot more there at the end of the week than I was at the beginning. Just my huge gratitude that I found in middle age this way through buddhist practice back towards being present in the life I started shutting off from when I was a tiny kid: close my eyes and pretend I'm not here, not here, not here, hardly here at all for years and years. I can sit and close my eyes (or not close my eyes if following Zen meditation instruction) and know being. There is this.
Words are indeed inadequate.  I don't know why I do this or what it is, but I'm glad I do.
Posted by Jean at 22:46

Jean, it is wonderful to hear this, and you're actually very articulate about it. Peace.