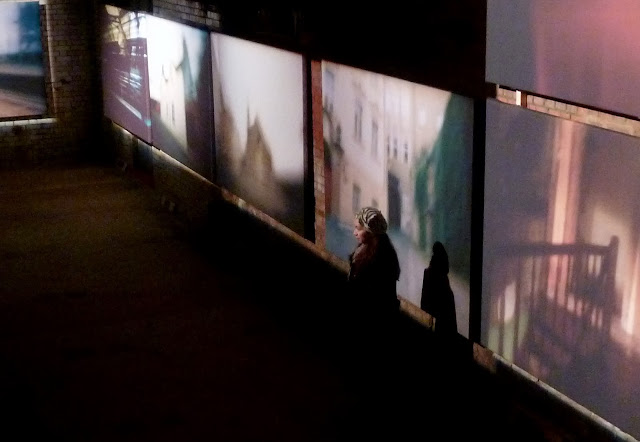 Thick might seem an odd word for these, for the big, pale, blurry, fragile images taken with a pinhole camera, for the standing figure, outside one picture, inside another, both solid and transparent. It was an exhibition of works by Karen Stuke, depicting places described in Sebald's masterwork Austerlitz about a man brought to Britain from Prague on a Kindertransport, his adult discovery of his past and voyage into it, the huge effect upon his personality and life, his recounting of his story to the narrator. It's a long, pale, swirling story, hauntingly glimpsed in these photos (see them all here), which were deeply atmospheric in themselves, all the more so in the harsh beauty of the Wapping Project, a cavernous, largely windowless former hydraulic power station, and all the more so to the captivated reader, like myself, of Sebald's work. 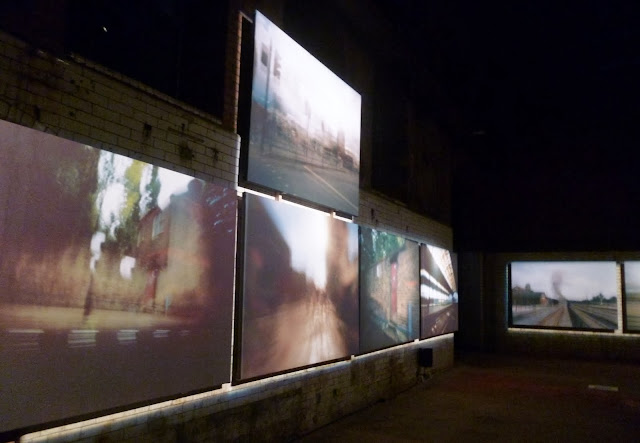 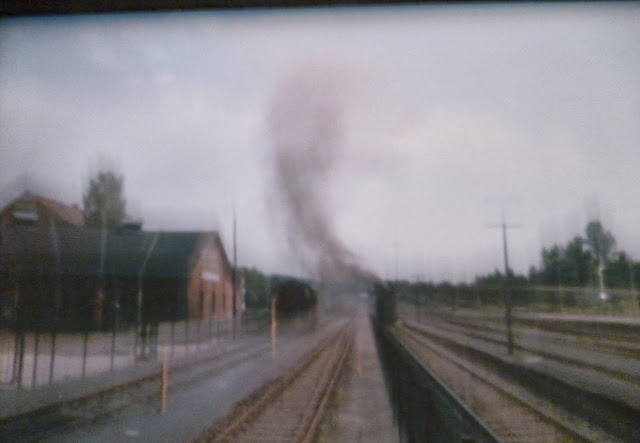 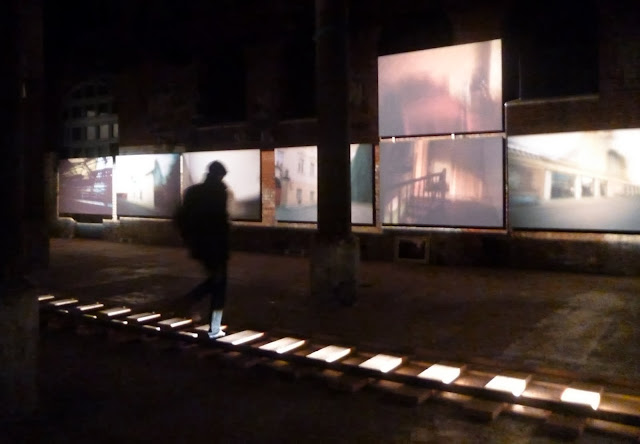 I was thinking of the way that social scientists, ethnographers, speak of 'thick description', a build-up of multiple layers and perspectives through which we may arrive at new insights. It starts with the book, a meandering, but intense and gripping narrative. No, it starts with the real places, historical narratives and found pictures that the book evokes and the visceral, unbearable, memories attached to these. And it spreads, alludes, moves and inspires, as writers and artists continue to make works in response to Sebald's; as readers and viewers are drawn in, tossed around, left floating, yearning, glimpsing pictures of our own, like this one through the window of the old power station on my way out. 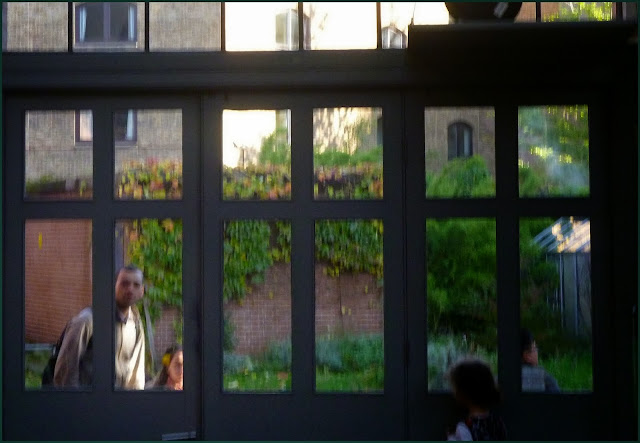 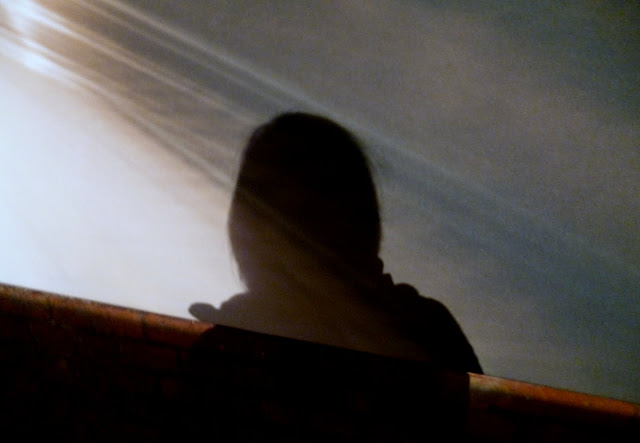 I would love to have seen these with you, Jean. I only read Austerlitz this past year, and was stunned by it.

I'm a huge admirer of Sebald's uniquely allusive and elusive books. He has an extraordinary ability to show us things as if we're seeing them for the first time; ordinary things are familiar but strangely odd. I've always thought his world was a kind of Kafkaesque universe but much more benign — without the guilt, the trial, the verdict and the prison.

These pictures add even more beautiful layers and connections.

You'd both have loved this, I'm sure.

thanks for sharing this. The photos are haunting. I want to read the book.

Lilian, I hope you can get hold of Austerlitz - its a gentle, unique, amazing book.

I really loved the film 'Patience' that I watched today, I've only read Rings of Saturn of all Sebald's books, and had forgotten some of it, though remembered other parts very clearly. The only problem with it was it was too short, I could have gone on watching it all day. Gentle was the word that came up again and again about him as a person, and it's perhaps that gentleness of that penetrates and illuminates the bleakness of his work; that and the amazing, endless, epistemological (sorry, I've only lately understood that word and now it seems indispensable) texture of it. I must read Austerlitz, and more of his writing.