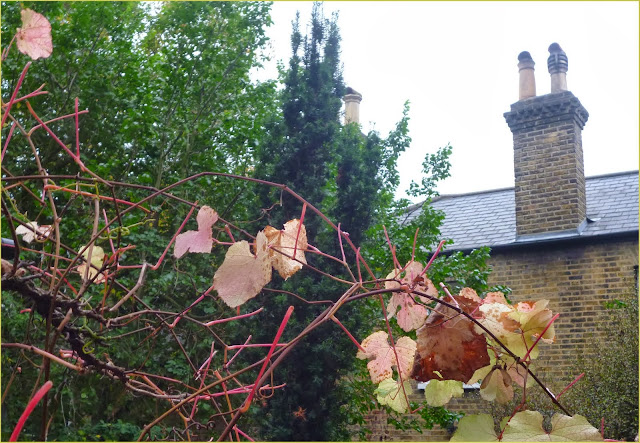 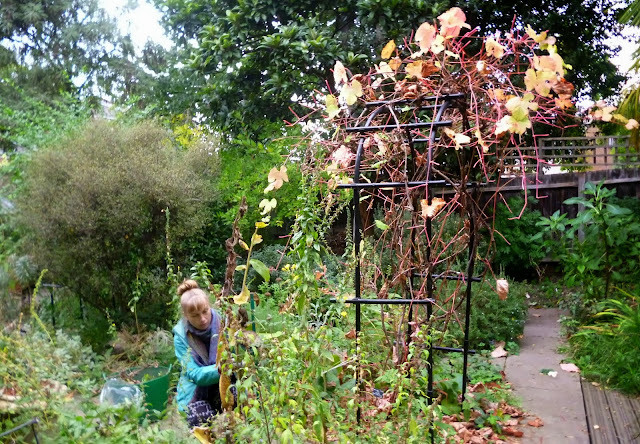 And before they become too drastically unseasonal here are some photos from a recent visit to the South London Botanical Institute. This big, boxy red-brick Victorian villa was purchased in 1909 by Allan Octavian Hume, a curious, energetic man, returned from a career serving the British Empire in India. He was one of the "least worst" colonialists, it seems, instinctively fostering welfare over repression; and when not at work he embraced and explored the sub-continent, making social and political contacts and collecting, collecting, as they did then, descriptions and specimens from the natural world - especially birds. 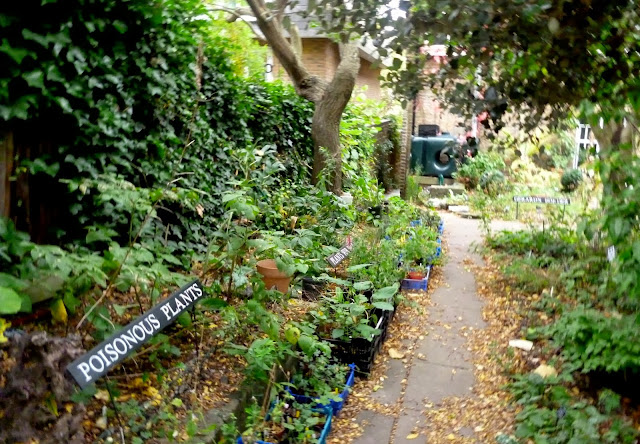 Back in London and with no exotic birds to shoot and stuff, his voracious attention refocused on
botany. This house and garden became the home of a fast-growing collection, assiduously cultivated, preserved, recorded - an exceptional work of its kind. Amazingly, it has survived intact as a modest, independent charity. The house has not changed much. It's spare and atmospheric, with rooms full of filing cabinets housing an extensive herbarium centred on a great number of fine, hundred-year-old specimens. The latest of many volunteers work endlessly and painstakingly to conserve the collection and most recently to check and digitally scan each sheet for inclusion in a national, publicly accessible computer database, herbaria@home. Other volunteers tend the garden, teach botanical drawing and the histories of medical herbalism and Victorian naturalism to children and adults alike. This is a precious place. 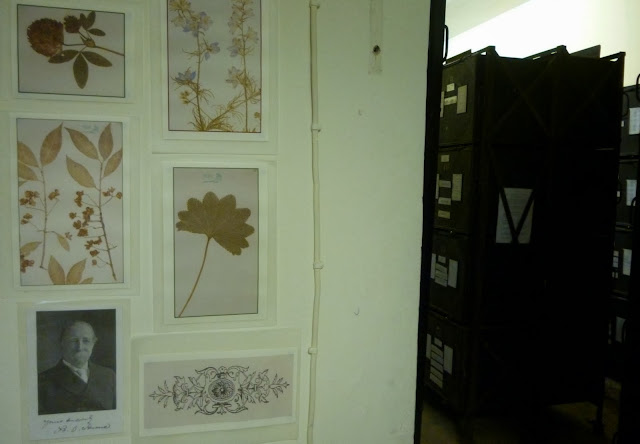 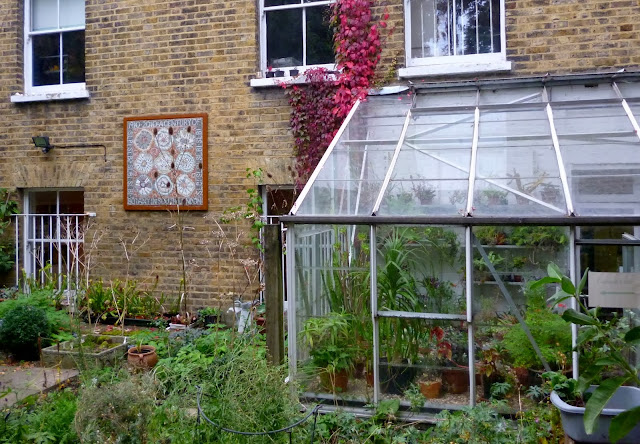 I love the contrast of the pale wall with pictures and the black bulk, which I first took for buildings before realising that they were cabinets.

Hi Sandra. How nice to hear from you :-) Yes, I ought to go back and have another go at photographing all those monumental cabinets filled with delicate beauty.