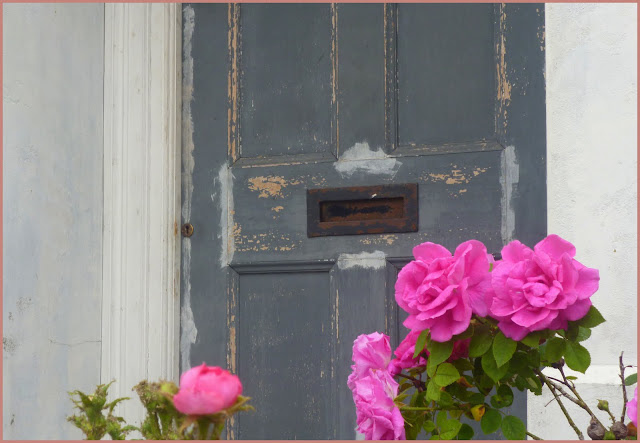 " I have noticed that doing the sensible thing is only a good idea when the decision is quite small. For the life-changing things, you must risk it.

And here is the shock - when you risk it, when you do the right thing, when you arrive at the borders of common sense and cross into unknown territory, leaving behind you all the familiar smells and lights, then you do not experience great joy and huge energy.

You are unhappy. Things get worse.

It is a time of mourning. Loss. Fear. We bullet ourselves through with questions. And then we feel shot and wounded. "

Jeanette Winterson
Posted by Jean at 13:46

What a thought provoking and poignant quote. The contrast between flowers and doors--very much so too.

Yes, it's true. It's a phenomenon frequently remarked upon by people who start a new meditation practice, too. The first steps are often a wrenching disintegration. xo

I think that's very true, as Dale says. But it's not a reason to stop or go back.

There WILL be light at the end of the tunnel, rather than an approaching train.

But despite feeling skinned all over and beat up badly, there is a deep sureness. During my first year at my type of work, training, I came home every day and cried and napped in exhaustion. And I still knew I'd found the right place.