Too wet to sit outside 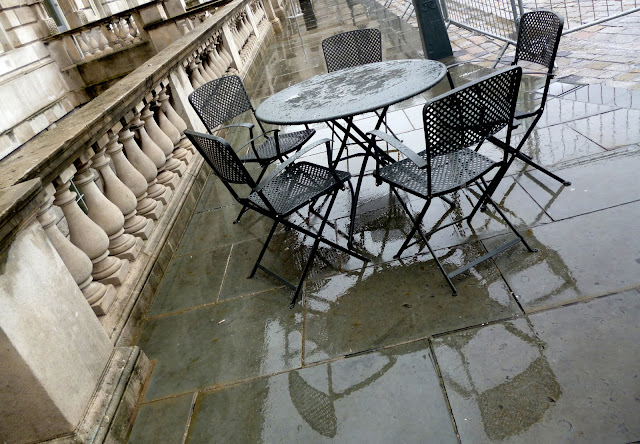 We've just had two days with quite a lot of sunshine, which after so much rain felt magical and shone on endless, thickly painted shades of green (and on a lot of mud - oh, whoops, slide... not quite dried out just here!). I walked in the woods again and smelled clouds of hawthorn blossom that took me back to the village of Hartlebury, where I lived till I was six, heard songs and squeaks and rustlings all around, saw many birds I'd never seen before and foxes shimmying through the undergrowth. Used to think I didn't see much because of poor eyesight; seems it was more due to exhaustion and distraction. On Sunday, a retreat with Martine Batchelor: wise words that touched my heart and walking meditation in the sunshine. And now it's raining again and I have work to do. This feels too soon, but must be done and will be done. It's all good. Don't those birds I'd never seen before make it all worthwhile? I think they probably do. 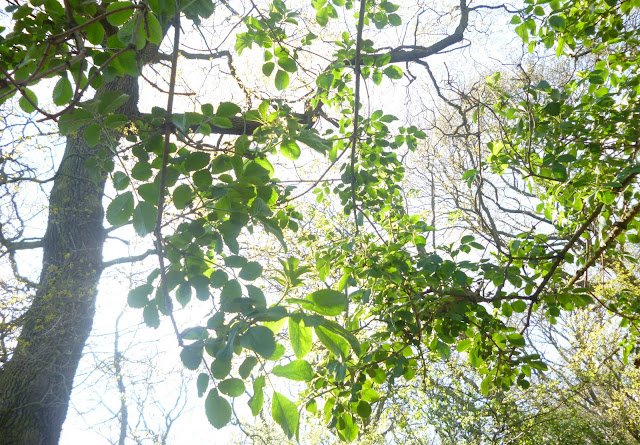 Everything new makes it all worthwhile, I think.

Can you name the birds?

That formal arrangement of chairs and table under relentless rain is so graphic a representation of English optimism!

And what a gorgeous photograph it is! We have sun predicted for five whole days, finally -- I hope so, and for you too!

Nothing like the sun breaking through after drenching rain, everything sparkling and new, if a bit unsure underfoot. Perfect metaphor for your new life. :-)