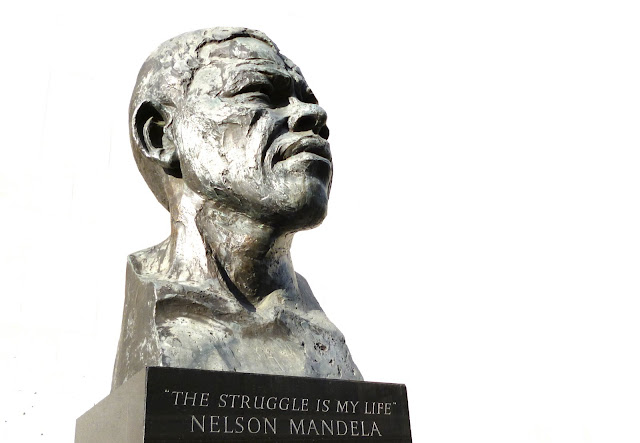 Statue of Nelson Mandela on the South Bank of the Thames by the Festival Hall. The statue stands against a pale wall, made paler on that day by blazing sunshine. So it took only a small adjustment to remove the wall completely from the photo. I like the aesthetic effect of this. Also, though, it seemed symbolic of a certain limbo that has overtaken the heroism of Mandela, such a few years after his release from prison and the end of the Apartheid regime. Which leads into the next post, if I ever get around to writing it.
Posted by Jean at 17:39