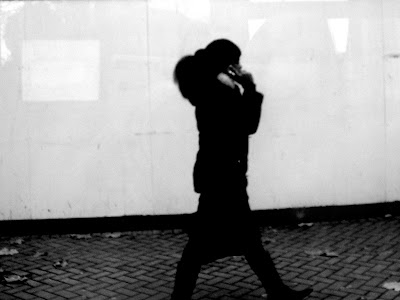 The first book I'm reading for this is a novel, Clara by Janice Galloway.

But the challenge begins with a meme. It's a long time since anyone has asked me these questions, but they're certainly not out of date.  I haven't yet read anyone else's answers, which I look forward to doing later, because I wanted mine to be spontaneuos and heartfelt, not provoked or influenced by the emphases of others.

1. What does feminism mean to you? Does it have to do with the work sphere? The social sphere? How you dress? How you act?

Feminism means to me the belief in women's right to agency. In the right of women, just like men (and although, just like men, we will often of course be the objects of other people's love, desire, rage, distaste, indifference, more and less successful attempts to control) to be the agents of our own lives and identitities.

It has to do with the work sphere, the social sphere, with every sphere of life.

It's not to do with how I dress, but with having a choice about how I dress.

It's not to do with how I act, but with the right to act.

2. Do you consider yourself a feminist? Why or why not?

I've considered myself a feminist for thirty years and more. It's a basic - perhaps the most basic - tenet of my personal belief system, of the way I define myself. I was young and I was there in the Women's Liberation Movement of the 1970s. I was passionately part of it, tossed and torn and thrilled and damaged by its intellectual and social challenges. It was all tied up with who I grew up to be. My perspectives and conclusions evolved and moved on somewhat. I learned slowly and with difficulty to distinguish between the pain and rage that was caused by social structures and the pain and rage that came from my own family, my own psyche, between the responsibility of individual women and men and the reward and blame they did not deserve. But although the 1970s came and went, although by now I've lived long enough to taste the impermanence of everything, I can't imagine ever being less of a feminist.

3. What do you consider the biggest obstacle women face in the world today? Has that obstacle changed over time, or does it basically remain the same?

The biggest obstacle we face is the weight of history. Our age of terrifying flux, of globalisation, individualisation, the fragmentation of family, society and nations, which has brought so much that frightens and dismays me, has also been the age of unprecedented opportunities for individual change and emancipation. And so women's long-term struggles for legal and economic independence have finally met with some success, at least for the most privileged women in the richest societies. But the weight of history, the weight of all the ages, of shared, entrenched cultural assumptions, of our own subconscious, our own  neurones, twisted and formed in the first months and years of life by the touch and the gaze of our mothers, whose own neurones, twisted and formed in the first months and years of their lives... the weight of all this is so great, so resilient. As so much implodes around us, people, people's minds, remain slow to change. As so much implodes around us, some things, as always happens in turbulent, violent times, take a frightening turn for the worse, like the terrible new waves (probably not unprecedented, but unprecedented in recent lifetimes) of sexual violence against women as a weapon of war.  We're not unbound yet, and I don't think we will be in my lifetime.

My belief, as a feminist, in the right to be myself, so that, as a buddhist, I can seek freedom by ceasing to fixate so rigidly on that self: this is the conundrum at the heart of my consciousness. It's a privilege, of course, to have the time and opportunity to sit with this conundrum. And even then, it's only the very tiny, tentative beginning of a path to freedom.

I embrace and celebrate your participation in this challenge. Thank you

I love your answers to this What you say about the weight of history is so true and apt.

Oh, that's the best, most succinct statement I've ever seen of the relationship between feminism and buddhist practice: the right to be myself, so that, as a buddhist, I can seek freedom by ceasing to fixate so rigidly on that self. Some people think they can skip part A and go right to part B, but I don't think so. As Trungpa Rinpoche reportedly said, in a slightly different context, "first of all you have to have a self to lose." Having nowhere to locate yourself, no room of your own, is a parody of the selflessness we're looking for, not a step in its direction.

This is good to read, well done you for sitting down to answer the questions, as you imply, because no one's asked you the questions for a long time, doesn't mean they don't need an answer.

I look forward to the reviews too.

Brilliant stuff. Sounds like an interesting blogging challenge too.

As for the waves of sexual violence against women...there are many things about our world that depress me but this is one of the subjects that really pains me. Every time I read of an attack (in a home, in a street, repeated attacks in war zones) I just feel...gutted (in the very real sense of the word). And I read about them so often. So often.