My cultural habits are so changed. I used to consume indiscriminately books from the heaviest and most serious to the lightest and most trashy and watch many, many films, inevitably of varying quality. No longer. Partly, I just don’t have the energy. After a day at work I’m mostly good for nothing that involves keeping my eyes open. But also, when I do read or watch something that turns out to be trivial or unoriginal, I react much more negatively than I used to. I’m not just bored or disappointed, but cross and upset.

This past week, for example, I opted semi-deliberately for a book and a film that I knew were not going to be more than light entertainment – and was not in the least lightened or entertained. The Winter House by Nicci Gerrard was the first sole-authored book I’d read by this author, who writes thrillers with her husband under the joint pen-name of Nicci French. The thrillers are compelling, but too lurid for my taste. I respect both Nicci Gerrard’s and Sean French’s work as journalists, though, so I was quite interested to see what else she was writing. This was a novel of sensitive and interesting themes: youth and aging, what forms character, what changes with time and what doesn’t, facing up to death. Well enough written too. But just too slight, and too slightly structured, to adequately hold such concerns. I found it deeply unsatisfying.

A few days later, I went to see The Last Station, based on Jay Parini’s novel about the last days of Tolstoy and featuring the never less than fabulous Helen Mirren and some other rather good actors. I gathered from reviews that this was not a very serious enterprise. Some were pretty derisive, actually. But I thought, well, interesting subject, nice rural landscapes and Helen Mirren. Hmm. Helen Mirren was the problem. She’s incapable of a less than strong and moving performance, and here it hung – her powerful evocation of an aging woman’s pain and anger and incomprehension – in the midst of something deeply silly. I came away very uncomfortable. 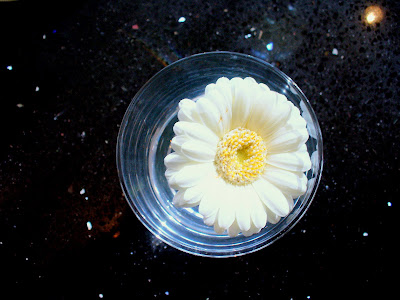 the difference a container makes
These were painful experiences, I think, precisely because both novel and film deal with difficult subjects and evoke troubling emotions… and leave them hanging. I don’t expect, or want, a tidy resolution. Still less a glib moral redemption. But I do look for something from an artistic production that I didn’t get from these. I look to the artefact, the story, to in some way address, or shape, or ‘contain’ the emotions it evokes, and thus to help me contain them.

I’ve been pondering this for a while. It’s going to mean continuing change in my artistic consumption. It merits careful, detailed analysis and is central, I think, to my new project. For now, I merely note that I have just unhappily chanced on two good examples; that I need to start taking some care not to turn, from long habit, to this kind of thing when seeking harmless relaxation. My aging self no longer seems to find it harmless.
Posted by Jean at 19:32

I feel for you. Sometimes it's intolerable when the thing we put our faith in to comfort, reassure or enlighten us doesn't come through. But remember that this too shall pass. For the time being, of course, take care with your artistic consumption and put in all the checks and criteria that you need. But never think that this is it, once and for all time. Your needs will keep changing, and I have every faith you will keep on finding the right satisfactions for them, particularly when you are able to listen carefully to your self.

You're one of very few writers who really make me stop and think what I'm doing.

I have found many of the stories I once would have devoured with satisfaction, would now sicken me with their pointless sugariness. Or meaningless artfulness. Or self-conscious posing.

Harder and harder to find a book that feels worth the attention.

time is precious. I am more careful (now I am old!) of how I spend it