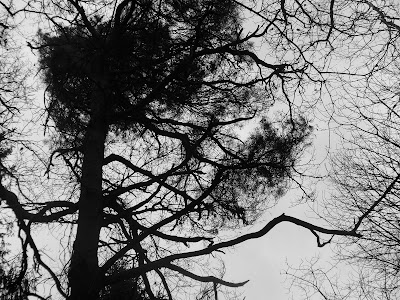 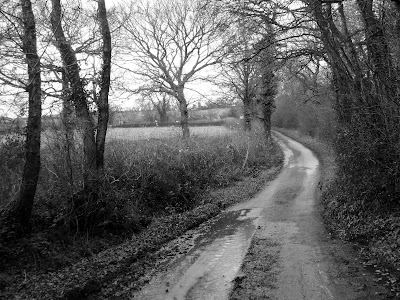 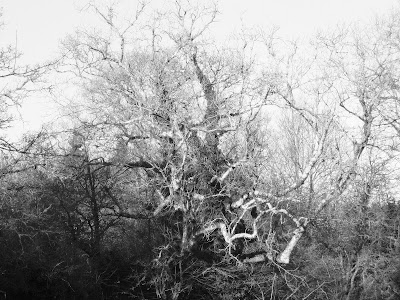 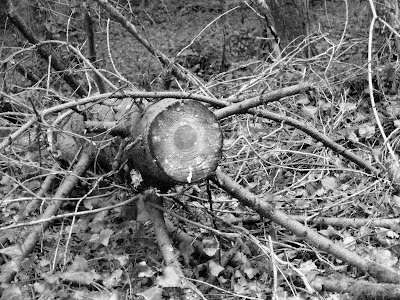 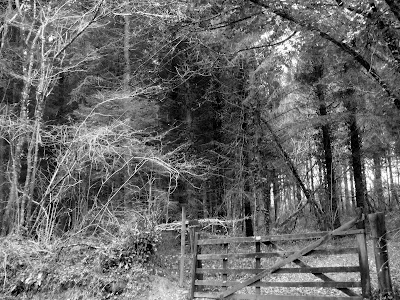 When you sit and sit, breathe out, let go and sit for days and sit, breathe out, let go the flat greyness in your heart, let go the flat greyness of the fields and of the sky and sit and breathe, let go, let go, and at noon on the fourth day, the fourth dull day of breathing greyly here amid the landscape drained of all warmth and colour, you start seeing sparks through your lowered eyelids and on the millionth out-breath warmth pours over your shoulders and the sun dances in your lap, you know you didn't do it, that this is not what is meant by dependent origination, and you've been reading Fritjof Capra and thinking yes, he makes sense, there is no fundamental equation, only infinitely complex and surprising patterns, only Shiva's dance, still it feels as though on the millionth out-breath you let go of grey and let the sunlight in. You are absurd, and glad of it. And then the sunlight dances across the floor and is gone, grey, grey again. 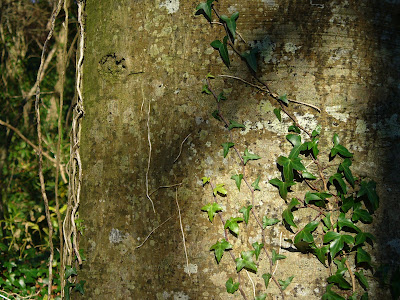 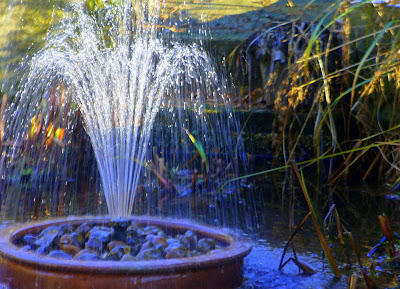 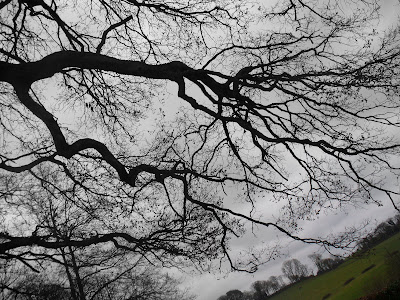 Oh yes. Oh yes. But different, the grayness is subtly different, after the visitation, yes? It may have been just a momentary crack in the facade, but its whole empire is built on the fiction that it's permanent and unbreakable. Seeing it break even once is really the same as seeing it crumble forever. If it's not permanently real it's not anything at all.

Jean, your work becomes more amazing all the time. And I was already dumbfounded when I first met it.

I'm absurd, and glad of it. Thank you, Jean.

this is all so lovely and provocative, the text and the images.

The only text I know from Capra is his "Tao of Physics". I finally chucked it out a couple of months ago. I thought his attempts to find parallels between quantum physics and eastern religion were utterly unconvincing.

More importantly: what lovely pictures, what engrossing description of your experience. It reminds me of what made sense for me during my first retreat: "Time and space is the ring through which the tiger jumps".

So glad you had that moment. And the photos are breathtaking/breathgiving. Beautiful.

Good, good, all, but sometimes only black-and-white will do it!

Beautiful Jean. I can literally almost see your talent grow before my eyes. Well done
Linda

Second, I don't know. I'm not so sure there is an ocean of difference between Capra and dependent origination. At least not from my seat. But, then, I tend to be able to simultaneously hold seeming opposites. (smile)

Third, absolutely love, agree and experienced what Dale said: "Seeing it break even once is really the same as seeing it crumble forever." How can it be other wise? When you know you've "seen", you've "seen", eh? And that's how it is from my seat.

Fourth, there's Jane Kenyon's "Having it out with Melancholy" to consider: (excerpt)

5 Once There Was a Light
-
Once, in my early thirties, I saw
that I was a speck of light in the great
river of light that undulates through time.
-
I was floating with the whole
human family. We were all colors -- those
who are living now, those who have died,
those who are not yet born. For a few
-
moments I floated, completely calm,
and I no longer hated having to exist.
-
Like a crow who smells hot blood
you came flying to pull me out
of the glowing stream.
"I'll hold you up. I never let my dear
ones drown!" After that, I wept for days.

So many realities. So much time.

Tracker, well, I have ordered The Tao of Physics, so I shall see what I shall think. What I was reading over Christmas was a more autobiographical book about how Capra developed his ideas and who his influences were, Uncommon Wisdom.

PsychoTherapist, thank you for the lovely poem. I agree with you that Capra's is influenced by the buddhist theory of dependent origination. I just meant that dependent origination did not mean that my rigorously breathing out greyness and then the sun coming out was a matter of cause and effect, although it rather felt like it!

This is beautiful--the photographs especially. The words are restful.