The sense of being somewhere 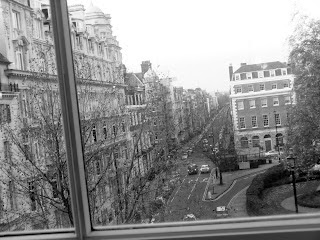 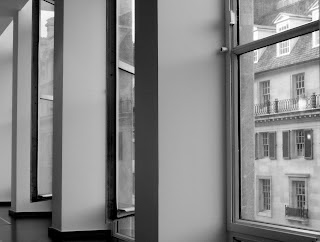 Reading Other Colours, Orhan Pamuk's book of essays, many of them very personal, recently published in an English translation by his wonderful and now regular translator, Maureen Freely, I'm struck over and over by how much this is a man and a body of work in a specific context. Cosmopolitan as he is, with his fluent English and 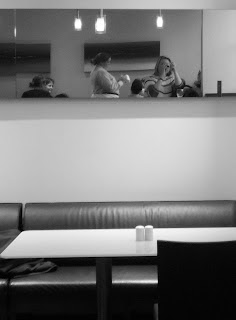 westernised education and deep knowledge of European philosophy and literature; towering, eccentric mind, one of a kind, as his is, it is a mind so formed in large ways and small - and well aware of it - by the city of Istanbul. I wonder, oh I wonder, what that is like. And I long for it so, feel so deeply the lack of identification with a place.

I was talking yesterday with a friend about what's there when there's no one with us, nothing going on; about the need to face up to life in this moment when there's nothing to soften it or distract from it. I can't but think, though, that if you have a relationship with the place where you live, a sense of the place there with you, that must help. I've been feeling better about London recently, less constantly abraded by it, less angry and rejecting and wishing to be elsewhere. But it's a cessation of pain only; I can't imagine it ever being a positive relationship. London is too huge, too diffuse, but at the same time too much of it cloned with other 'global cities', and too relentlessly speedy for me ever to feel that being here is being somewhere. I know, I know that familiarity and identification are not only positives. That sinking sense of 'oh again, again!' that I all too often get when I walk into the office in the morning and do all the same look-around-put-down-switch-on actions in the same inexorable order as every day: since London doesn't feel like a place and I don't feel embedded in it, I'm perhaps spared that same sinking feeling on a wider scale. 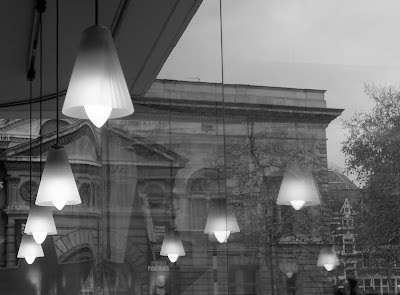 But still, there is this nostalgia for a place, a home, that never was.
Posted by Jean at 12:54

The sense of longing for a home that maybe never existed seems to be the modern (postmodern?) human condition. Some would argue we're yearning for the womb. I tend to frame it in terms of yearning for ultimate connection, which for me is both a theological and a personal matter. Anyway, all this to say that while I do feel deeply rooted in the place where I am, I relate to the longing you describe.

Rachel, you're absolutely right of course. I know that part of this is universal existential angst. And I don't for a moment suppose that you, or Orhan Pamuk, are immune to that - indeed, there is a great deal of it in his books, and that's one of the things I love. But still, but still...

I think Rachel is right about that being the modern human condition, but some nostalgia for lost Edens appears to be present in almost all belief systems the world over. I guess I agree with ol' Gautama about the inherent unsatisfactoriness of human existence. That said, I also believe that an extreme separation from wild nature is unhealthy and at the root of many neuroses.

Mmm, but cities have the strongest sense of place about them, we long for them more deeply in some ways as places to belong, but they are the most abrasive, the most dysfunctional places to be.

Oddly, I find yours is one of the places that seems to me most embedded in its miieu, in London, not always comfortably so, but somehow in a very authentic way. I hadn't thought it through before, but to some extent I come here because it puts me in touch with London. I didn't live there very well, and I'm not sure I could now, but I rather need to know it's there.

And then (bringing the arc of the unity circle over here) there's this at whiskey river.

Yes, rr, I saw it - Whiskey either read mine first or is psychic!

Lucy, interesting that you find my blog redolent of London. It reminds me of how vividly you conveyed the funeral you wrote about, despite how you said you had tried to mentally absent yourself from it. I guess it is people who are particularly affected by places and events who feel most abraded or overwhelmed by them and try to stand back, so this is not necessarily contradictory or surprising.

I am here by way of whiskey river. Thanks so much for what you wrote about "the sense of being somewhere." Many of my ancestors came from England, Scotland and Ireland. I've not been to those places but some of the landscape there looks much like places familiar to me in the Pacific Northwest. The weather is certainly similar. My deepest sense of home, though, is the area around San Francisco, the place I was born but which no longer looks the way it did when I was a child. I experience a definite longing for a place that no longer exists except in my mind.

By the way, it is uncanny how often I will hear something in my daily life and then those words will appear at whiskey river, as if to confirm what I had heard previously. :-)

So, there you are.